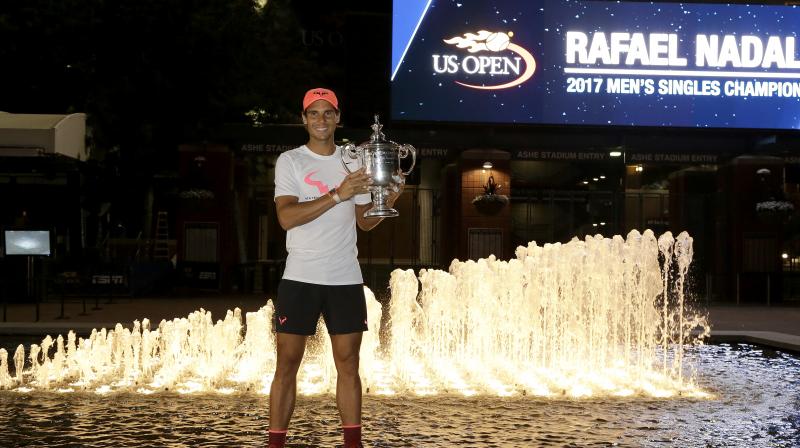 New York: Rafael Nadal overwhelmed first-time major finalist Kevin Anderson 6-3, 6-3, 6-4 on Sunday to win his third U.S. Open championship. It is Nadal's second Grand Slam title of the year and 16th of his career. Only his longtime rival Roger Federer has more, with 19.

At No. 32, Anderson was the lowest-ranked US Open men's finalist since the ATP computer rankings began 44 years ago. He had never before been past the quarterfinals at any major tournament in 33 tries.

So the matchup shaped up as a mismatch and that's exactly what it was. The No. 1-ranked Nadal dominated every facet of the 2?-hour final. He broke the 6-foot-8 (1.98-meter) Anderson's big serve four times and never faced a break point himself.

Nadal improved to 16-7 in Grand Slam finals. For the first time since 2013, he appeared in three in a single season, losing to Federer at the Australian Open in January, then beating Stan Wawrinka for his record 10th French Open trophy in June.