Newsmakers   11 Sep 2018  I am inspired by many people, says Kalki Koechlin
Newsmakers

I am inspired by many people, says Kalki Koechlin 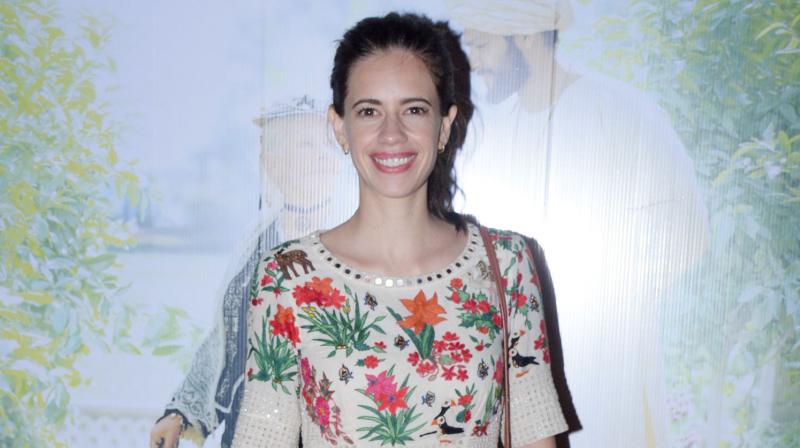 In this digital age, we all have to be online simply because it is difficult to function without it, says actor Kalki Koechlin.

Actress Kalki Koechlin is known for her versatility and acting finesse. Shuffling effortlessly between the proscenium and the screen, Koechlin has made quite a name for herself as the actor who can connect more with the millenials.

This year, Chandon took a digital leap with the launch of its next edition of The Party Starter campaign - The Party Starter Stories.  The series that salutes people across various genres who have made a difference in their respective field has also featured Koechlin.

In conversation with this correspondent, actress Kalki Koechlin who featured in the 6th story shares more about her personal and professional journey, her trials to stay off WhatsApp, digital media and her association with the lifestyle brand.

Tell us a bit about your association with Chandon

I have been associated with Chandon for a few years now. I was a part of the brand’s launch event in Delhi and Mumbai a couple of years back and this is my third collaboration with them.

How or what made you get interested in their new project?

Chandon India is a fun, casual chic brand who has introduced India to the sparkling wine culture. The fact that the Party Starter 2.0 campaign talks about game changers from various fields and showcases their personal life got me interested and I agreed to be a part of the series. I personally like Chandon and the choice of having a Rosè sparkling wine is really interesting to me. It’s not a common drink in India so it is always refreshing to have something that stands out.

The campaign aims towards the younger crowd who are hooked online. How much of an online person are you? What interests you online?

In this digital age, we all have to be online simply because it is difficult to function without it. I tried to be off WhatsApp for many years but realised it’s a way to share information and a major chunk of work happens through that medium. It is important that we cross borders and not limit ourselves to any set place to release something important. We can get information of pretty much anything in the world over the internet. This digital campaign aims to reach out to the millennials that connect with the brand and game-changers who are a part of the series.

The series showcases inspirational stories. Who are your inspirations. Why?

I don’t have any one inspiration. I am inspired by many people -  My parents and their journey, to the actors that I admire like Tabu, Meryl Streep,  Julia Peniche and Daniel Deloius. I feel a book or movie can inspire you, also watching someone do something incredible can be an inspiration.

Why do you think Chandon approached you?

It’s maybe because of my French Indian connection. The fact that I am French, born in India, they wanted some liaison between the two cultures.

With digital media churning out such amazing content... Where do you see it going five years down the line?

People today want to hear stories rather than reading them online! I am already doing a podcast and recording books. We are going to use it as a medium for many things. We get those virtual glasses which are really cheap by which you can watch virtual reality in your own home. It’s heading that way whether we like it or not.

Why do you suppose digital videos or films are connecting so well with the audience?

I don’t think one should exist without the other, they should co-exist. I also feel, though we have this whole virtual reality happening, people still need to interact with each other and be reminded that they are a part of the community. They individually need to go out. You see that a lot when we go to a movie theatre or go to music festivals. These things are celebrated today because you do need a break from virtual world you live in.

What are you working on now?

I am working on a play in November called ‘Lucrece’ with the NCPA. We are going to have a 10 day run. It is an edited version of poem by Shakespeare called the Rape of Lucrece. I think it is very feminist for its time but also in today’s context when feminism being such a big subject. I have ‘Made in Heaven’ which is a web series coming out  on Amazon Prime which is about rich Delhi weddings going wrong and I have ‘Gully Boy’ which directed by Zoya Akhtar coming out next year.

Kalki the film star or Kalki the actor on stage, which one is you? Which one do you love more? Why?

It’s like asking to choose between your mother and father. They both are very different. Theatre is more an actress medium because it’s just you on stage without any cuts. Film making is more a director’s medium and you are one part of a much bigger vision, but I love both.