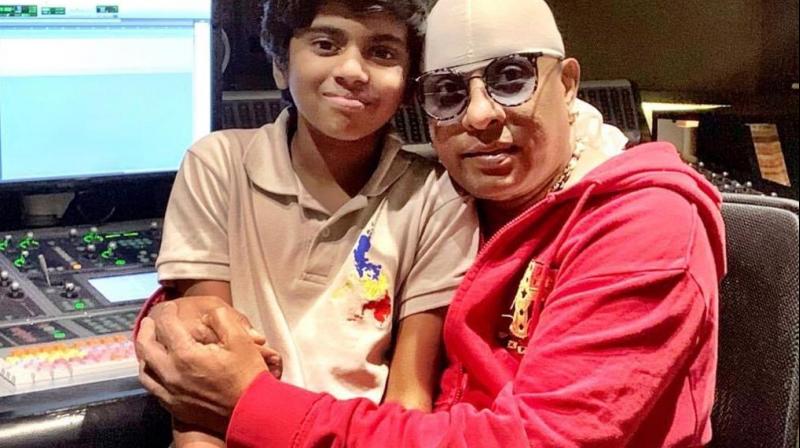 Sivamani is the most explosive drummer in the entire country. He got a career break in the most unexpected way: he was asked to substitute for his father, S M Anandan. Now, after almost four decades in the music industry, Sivamani has made his Bollywood debut as a music director. Since he has already directed music in Tamil films, one might ask what took him so long to enter Bollywood. But Atkan Chatkan has been worth the wait.

Atkan Chatkan was directed by Shiv Hare, and features Amitabh Bachchan doing the prayer song. What makes Sivamani’s association with the film even more personal is that his wife Runa Rizvi wrote lyrics of that song, and also sang two songs in it. The film, which is presented by A R Rahman, features music prodigy Lydian Nadhaswaram in the lead.

“I am very thankful and honoured to make my Bollywood debut in association with such great artistes. The fact that my wife is also in it makes it even more special,” said Sivamani.

Due to the Covid-19 pandemic, the film had to be released on an OTT platform and has been getting good reviews. “I would have loved it to see it in a theatre. I don’t like watching a film on a tablet or a mobile," Sivamani adds.

Runa, a playback singer, says she is happy about the positive feedback to the movie. “My husband is my second guru after my father. So I consider it an honour that when he took a big step towards Bollywood, I could be part of it too,” she says. The team was very precise about what was required, so she could deliver what Sivamani and the director expected her to do, she adds.

Atkan Chatkan deals with the dream of the character played by Lydian Nadhaswaram of becoming a star drummer. “When I heard the story, I could actually see my own life unfolding in front of my eyes.” says Sivamani. He praised Lydian for delivering a great performance. “We all know he is a musical genius but it was nice seeing him doing so well acting too,” the drummer says.

Sivamani says his four-decade sojourn in music has been fantastic. "I was able to work with a lot of great artistes. I always try to be humble, so I came through with my feet on the ground."