Arjun Kapoor called ‘molester’ on Twitter, hits back with fitting and relevant reply

The actor was not pleased with comment said in jest, but shot back in a polite manner with an important message. 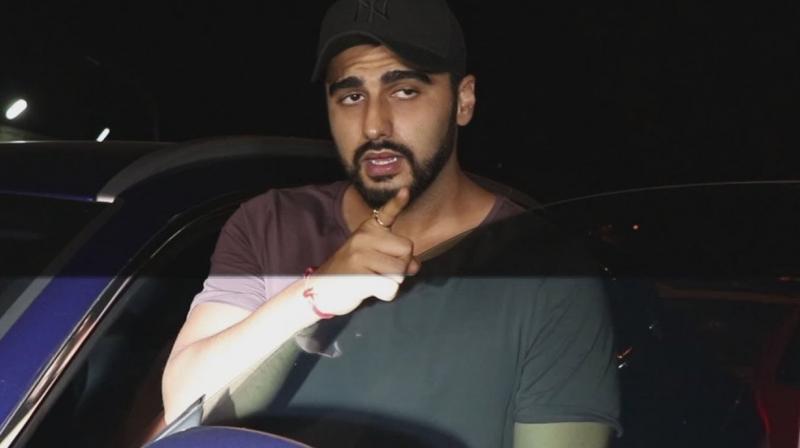 Arjun Kapoor was last seen in a song in ‘Bhavesh Joshi Superhero.’

Mumbai: Social media is heavily dominated by memes and jokes nowadays. While the fun activities on Facebook and Twitter do manage to tickle our funny bones and make us laugh most of the times, sometimes they do cross the line intentionally, more popular as trolling, or unintentionally, like a Twitter user recently did with Arjun Kapoor.

The first song of the actor’s ‘Namaste England’ titled ‘Tere Liye’ was unveiled on Tuesday, and the makers, before the launch of the full video version, had shared a snippet a day before of Arjun and Parineeti Chopra’s picture sharing an embrace with the track playing in the background.

One Twitter user felt Arjun looked like a molester as he is seen holding a jacket around the actress during the hug while looking at her.

Arjun was not pleased with the comment, but shot back in a polite manner. He informed how using words like molester lightly showed lack of basic human understanding of how important it was to not take women’s safety as a joke.

When terms like this are used lightly it signifies lack of basic human understanding of the how big a deal it is to make sure we don’t take women s safety lightly or as a joke https://t.co/yazPhM7gBS

The user commented initially that it was just a joke and that Twitteratti were unnecessarily sensationalising it, but later he deleted his comment and the other replies with it.

While actresses have to go through slut-shaming and disgusting comments for their pictures and tweets, this incident showed even the male actors are not spared of digital abuse.