Indian origin Kamala Harris to be 1st US woman President?

Harris won the US Senate Seat from California in a landslide election, becoming the first black and Asian Senator from the state. 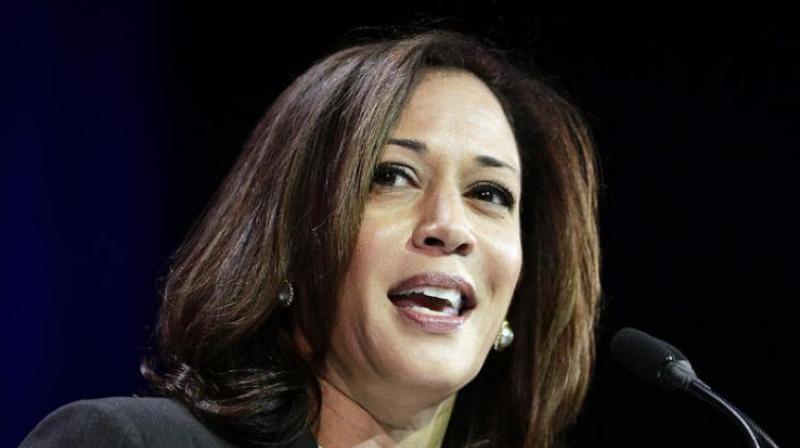 Washington: Indian-origin California Attorney General Kamala Harris has potential to become the first woman president of the United States, a media report has said, days after Hillary Clinton was unable to break the highest glass ceiling.

51-year-old Harris, whose mother was from Chennai and father from Jamaica, won the US Senate Seat from California in a landslide election this Tuesday, becoming the first black and Asian Senator from the state.

Soon thereafter she has launched her nationwide campaign against Trump's anti-immigrant policies and mass deportation.

"Meet Kamala Harris, Who could become the first woman President. California's popular attorney general is headed to Capitol Hill. The White House might be next," The Huffington Post wrote on Friday.

The Huffungton Post article came a day after she denounced Trumpism.

Noting that she has already made history with her Senate win, the daily said she has impressive track record as California Attorney General and has top Democratic leadership including the outgoing President Barack Obama and the Vice President Joe Biden on her side.

"These alliances could help boost Harris' profile across the country should she choose to run for president in 2020," The Huffington Post wrote.

In her concession speech, Clinton had said that the glass ceiling could be broken much earlier than thought.

"I know we have still not shattered that highest and hardest glass ceiling, but some day someone will and hopefully sooner than we might think right now," Clinton told her supporters in New York on Wednesday.

"To all the little girls who are watching this, never doubt that you are valuable and powerful and deserving of every chance and opportunity in the world to pursue and achieve your own dreams," Clinton said.