This is the mantra TV personality and actress Neha Dhupia lives by and happily passes it to others around her, especially to her hubby Angad 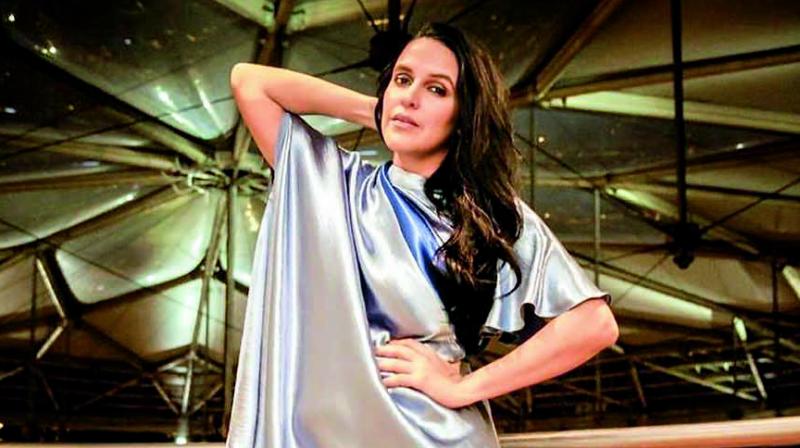 Neha Dhupia is enjoying a blissful life with her husband, actor Angad Bedi, and their beautiful daughter, Meher. But her learning goes back to what her mum intoned to her as she was growing up.

“‘Jaan hain toh jahaan hain (Health is wealth)’, she would tell me,” says Neha reminiscing. “I remember when I was planning to travel to Mumbai in the hope to find new vistas in Bollywood, my mum kept telling me that all she wanted for me was to lead a stress-free life and to take care of my health.”

This is the mantra Neha lives by, and happily passes to anyone around her, especially to her hubby Angad. “Sometimes, when Angad shares his problems with me, I keep telling him the same thing: ‘Jaan hain toh jahaan hain’ and that the not-so-good-times will pass soon,” adds Neha, saying when things aren’t really looking up for one of them, the couple usually try to get past it by going out for dinner or going to a park with little Meher.

For Neha, motherhood in one word is ‘love’. “I know it probably sounds cliché,” says Neha with a smile. “Meher loves water and loves to be put in water. Sometimes, when she is fast asleep, I go to her with my washed hair, soaking in water and sprinkle a few drops of water on her face. She wakes up to it, smiling.”

Neha has come a long way from her initial modelling days when she won the Femina Miss India Pageant in 2002 and was among the top Miss Universe 2002 contestants. Today, she is one of the respected judges on several reality television shows including Roadies.

She has made quite a name as an actress, having worked in Hindi, Punjabi, Telugu and Malayalam films. Additionally, she hosts #NoFilterNeha on the Indian music app Saavn, in which she interviews Bollywood celebrities.

Recollecting her earlier days, she points out how many like her neither had any Godfathers or a specific platform to find assured visibility. “Now, there are Twitter and many other social media platforms. Back then, one’s recognition came from whether one has won the Ms India title and gotten a chance to work in Bollywood,” explains Neha. “Now, everybody is on Instagram, Twitter, Face book, etc. with their own fan pages, where they can upload their own videos.”

So also, she is grateful for stepping into her second stint in the industry. “We just finished doing an episode with Rohit Shetty, who was the ninth celebrity on my show #NoFilterNEHA,” Neha tells us.

Being compared with another in the industry is a risk that comes with the territory, but Neha prefers to get on the comparison bandwagon with just one person: her own self, perhaps from another time.