Higher maternal blood pressure before pregnancy emerged as an independent predictor of subsequently delivering a boy. 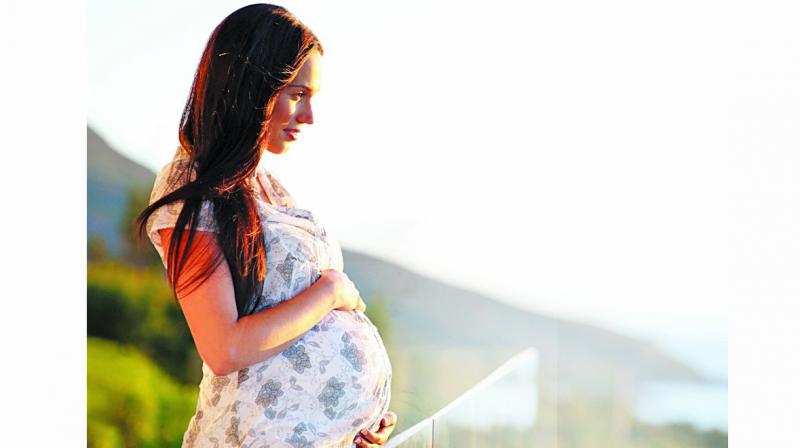 The possibility of predicting the sex of the baby in early pregnancy has long been a topic of public fascination.

Toronto: The sex of a baby may be predicted by the mother’s blood pressure, according to a new study which found that women with lower BP before pregnancy are more likely to give birth to a girl.

Researchers led by Dr Ravi Retnakaran, endocrinologist at the Mount  Sinai Hospital in Canada, found that while higher blood pressure was an indication that a boy was more likely to be conceived, women with lower blood pressure tended to give birth to a girl. This “suggests that a woman’s blood pressure before pregnancy is a previously unrecognised factor that is associated with her likelihood of delivering a boy or a girl,” said Dr Retnakaran.

“This novel insight may hold implications for both reproductive planning and our understanding of the fundamental mechanisms underlying the sex ratio in humans,” he said. The possibility of predicting the sex of the baby in early pregnancy has long been a topic of public fascination, spawning numerous theories of maternal characteristics associated with the presence of a male or female foetus.

These observations raise the possibility that there may be underlying differences that relate to a woman’s likelihood of sex-specific fetal loss and hence her likelihood of delivering a boy or girl. However, little is known about such factors in humans. Researchers established a unique pre-conception cohort consisting of young women who were planning to have a pregnancy in the near future and used the model to evaluate the relationship between maternal pre-pregnancy health and the sex of the baby.

Participants underwent a baseline medical assessment at recruitment. And then, whenever they subsequently became pregnant, they were followed across the pregnancy up to delivery through their clinical care.

Beginning in February 2009, researchers recruited 3,375 women in Liuyang city of  Hunan Province in China. Of these, 1,692 were assessed for blood pressure, cholesterol, triglycerides and glucose. After the exclusion of 281 women who were potentially pregnant at their baseline assessment based on back-dating of the length of gestation at delivery, the study population for the analysis consisted of 1,411 women who were assessed at median 26.3 weeks before pregnancy.

Their pregnancies resulted in the delivery of 739 boys and 672 girls. After adjustment for age, education, smoking, BMI, waist, (low-density lipoprotein) LDL cholesterol, (high-density lipoprotein) HDL cholesterol, triglycerides and glucose, mean adjusted systolic blood pressure before pregnancy was found to be higher in women who subsequently had a boy than in those who delivered a girl (106.0 vs 103.3 millimetres of mercury).

Higher maternal blood pressure before pregnancy emerged as an independent predictor of subsequently delivering a boy. The research was published in the American Journal of Hypertension.