Draped in a pretty pink and purple nine-yard saree, the 35-year-old achieved the feat by skydiving from a height of 13,000 feet. 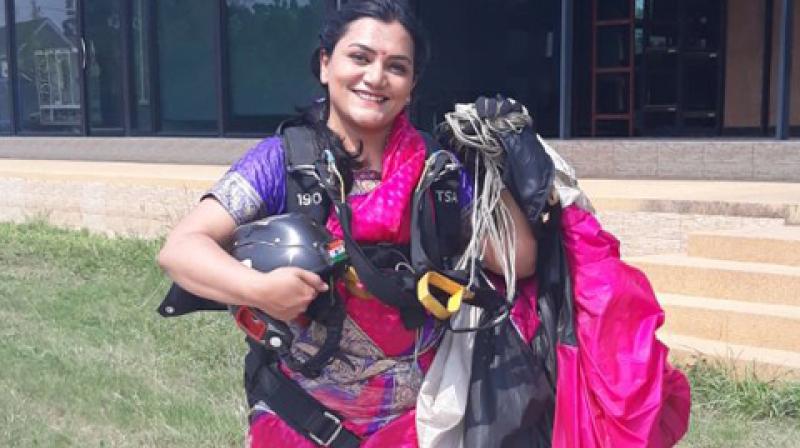 Draped in a pretty pink and purple nine-yard saree, the 35-year-old achieved the feat by skydiving from a height of 13,000 feet at Pataya, Thailand's Thai Skydiving Centre.

Shital, who is a Padma Shri awardee, is also the first woman to have done jump over the North and the South Poles, without trials.

Meanwhile, Shital is also known to be the first woman to have attempted her first ever parachute jump without undergoing any training. She had done so over the Geographical North pole from 2400 ft in minus 37 degree Celsius .

Shital, is an Indian extreme sportsperson and the holder of six world records and 17 national records in the sport, is also the first to accelerate free fall jump without any trials over the Antarctica - South pole from 11,600 feet, in minus 38 degree Celsius.