The 51-yr-old chef married Stephanie Gouveia, who is about 20 years his junior, in the Maldives in a surprise holiday wedding. 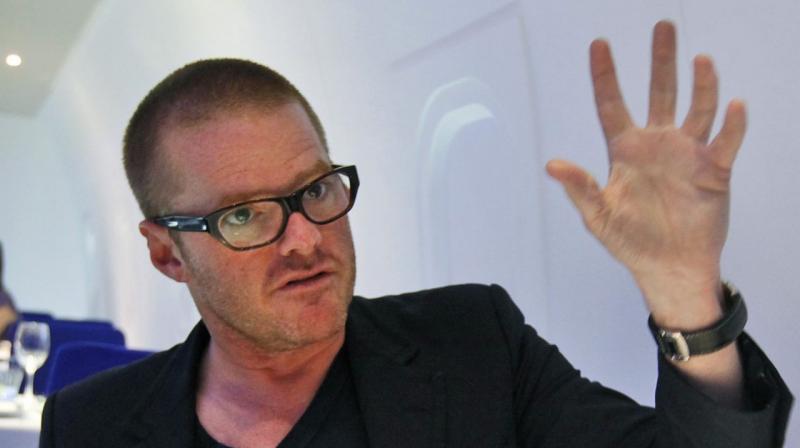 The hotel organised the wedding and a suitably exotic Maldives-themed banquet after Heston begged staff: “Marry us now!” (Photo: AP)

Celebrity chef Heston Blumenthal known for dished such as snail porridge and bacon ice cream, married the mum of his new baby in a surprise hodliday, just weeks after the couple hit a rough patch.

Heston, 51, and Stephanie Gouveia tied the knot on a beach in the Maldives after hotel bosses found a local official to conduct the service.

The pair had run into troubled waters after the baby was born last year and reportedly spent time apart as the divorced dad of four battled a ­personal crisis.

However, the newly married couple took a trip to the hideaway resort of Soneva Fushi to talk over their issues — and Heston suddenly proposed to French estate agent Stephanie, who is about 20 years his junior.

The hotel organised the wedding and a suitably exotic Maldives-themed banquet after Heston begged staff: “Marry us now!”

The couple sat side-by-side at sunset as they exchanged vows in a non-religious ­ceremony.

Bluementhal and Gouveia later smiled and posed for pictures with their baby and a wedding certificate.

The chef’s spokeswoman said: “Heston and Stephanie are delighted to announce they’ve got married.