Craig Hamilton-Parker, the self-proclaimed prophet who predicted Hillary Clinton's resignation has some pretty glum predictions for 2018. 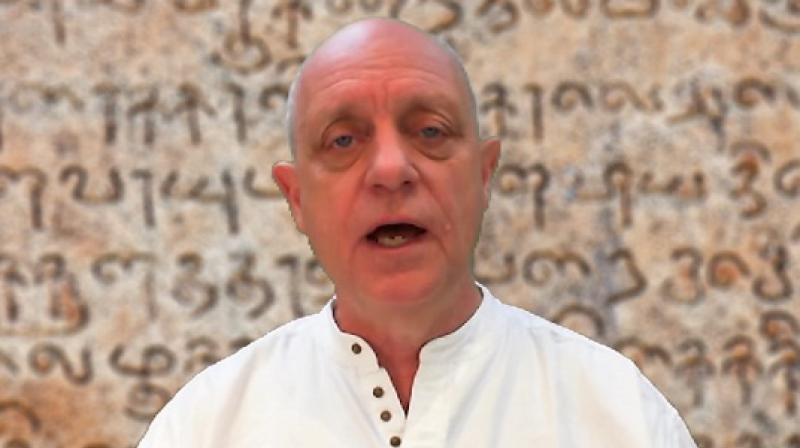 The psychic who predicted disastrous events like Donald Trump's election and Britain's exit from the European Union has more terrifying predictions for 2018.

Craig Hamilton-Parker, the self-proclaimed prophet who predicted Hillary Clinton's resignation from politics in 2017 has some pretty glum predictions for 2018 too, including: including an attack on North Korea, a chemical weapons attack on a major European city and the fall of the world's economy.

The psychic has predictions for the world with topics ranging from terrorism, the economy and the environment.

The psychic wrote on his blog: '2018 will be a year of political turmoil and environmental crisis caused by dramatic and unprecedented weather.'

Among his predictions he also envisions Prince Harry and Meghan Markle will announce their engagement, New Zealand suffering from another severe earthquake, a failed attempt at impeaching Donald Trump and the eruption of a volcano near Naples.

While most of his predictions are gloomy, there is a silver-lining, Parker has predicted that Kim Jong Un will be overthrown by his people after US forces strike a key trade route.

Adding that Kim will then disappear with speculations of him living a new secret life in China.

He wrote on his blog: 'Many of the above predictions are pretty gloomy but I feel that there will be a simultaneous growth in spirituality for the people of the world that will now start to lead us into a Golden Age.

'Conflict and hardship plus growing environmental problems will bring good people together and ignite a desire to seek the true purpose of human life.'

• Mount Vesuvius in Italy will erupt and Naples will be evacuated.

• There will be an increase in seismic activity - including places that have been tremor free for 1,000 years - with one very serious earthquake in New Zealand.

• The southern seas will be impassable in places due to a massive ice shelf breaking from the Antarctic.

• There will be record hurricanes in the Caribbean.

• A trade embargo with North Korea will fail and the US will strike at railway line and bridge to disrupt imports.

• Kim Jong Un will be deposed by his own people and he will go missing, with some claiming he is living a secret new life in China.

• A well-known American company will be involved in a massive Bitcoin fraud, which will be uncovered and thwarted. The funds will be intended for terrorism and war.

• Terrorists will make an airborne chemical weapon gas attack by multiple drones on a European capital city. It could be either London or Berlin, or both.

• A chemical weapon attack on a school will be thwarted at the last minute.

• The Euro will crash in 2018, and by the end of the year and into 2019 riots will take place because of the steep economic decline.

• The UK and US will be hit by the weak Euro but their economies will bounce back quickly and the pound and dollar will once again be seen as good investment opportunities for international money, investment.

• When the Euro crashes Denmark and Italy will follow Britain's path and leave the European Union.

• There will be an attempt to impeach Donald Trump by mid 2018, but it will fail which will end up making him more popular.

• Trump will initiate a massive trade deal with Britain right before Bexit, leaving the EU shaken.

• The Mexico border wall will not be built, however there will be drones and sensors to do the job.

• US will rent nuclear weapons to Japan.

• A US warship will be sunk by a mine or terrorist operation.

• The US will lose trade in the East as China and Russia form a military and economic alliance in response to the North Korean crisis and US protectionism.