Newsmakers   15 May 2018  Casting coup: Ajay and Ranbir to reunite after Raajneeti, sign Luv Ranjan’s next
Newsmakers

Casting coup: Ajay and Ranbir to reunite after Raajneeti, sign Luv Ranjan’s next

After the grand success of 'Sonu Ke Titu Ki Sweety', the director is finally in the big league of superstars. 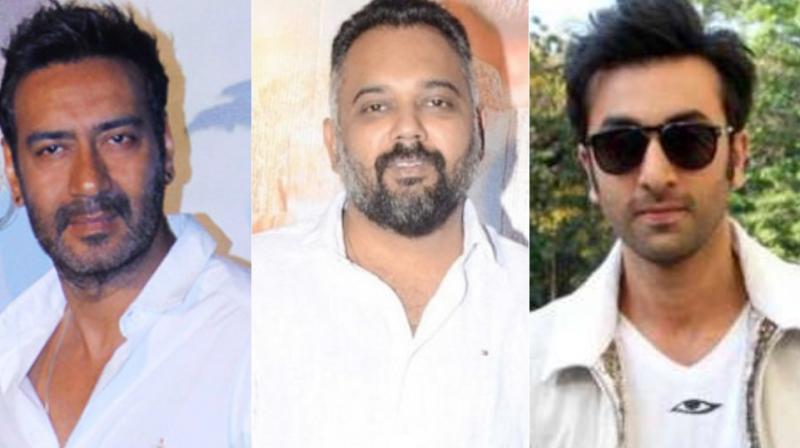 Ajay Devgn and Ranbir Kapoor's film directed by Luv Ranjan is likely to release next year.

Mumbai: Luv Ranjan is finally in the big league and how!

After coming into the limelight with ‘Pyaar Ka Punchnama’ and taking everyone by surprise with the grand success of its second installment, the director gave his biggest hit with the Rs 100-crore venture ‘Sonu Ke Titu Ki Sweety’ earlier this year.

With so much going on for him, there was no doubt that the bigger stars could not have been kept too far away from him for too long.

And now Ajay Devgn and Ranbir Kapoor have come on board for his next directorial.

Luv had earlier stated that he was in talks with Ranbir, and this was followed by rumours of Ajay, who is starring in the director’s production in a film starring Tabu and Rakul Preet Singh, also joining the duo for a collaboration.

But we finally have the confirmation now.

“Ranbir is an impeccable actor with a great ability to deliver nuanced performances. He is undeniably the most talented actor of his generation. I am looking forward to collaborating with him.,” Ajay told Bombay Times.

Ranbir said, “I have immense respect for Ajay sir and I’m excited about sharing the screen with him again. His body of work is inspiring. Luv and I have wanted to work with each other for some time now. I am sure this film will be a perfect start to our association.”

The two actors are reuniting on screen after Prakash Jha’s successful multi-starrer ‘Raajneeti’ which had released in 2010, so Luv has surely managed a casting coup.

The director said, “Ajay and Ranbir’s spontaneity and versatility is electrifying and I am elated to be working with not one, but two powerhouse performers in my next film.”

The film is set to roll next year, and fans of the trio will undoubtedly be waiting for the release.