The actress will be seen in two comedy franchises soon, first ‘Yamla Pagla Deewana 3’ and ‘Housefull 4.’ 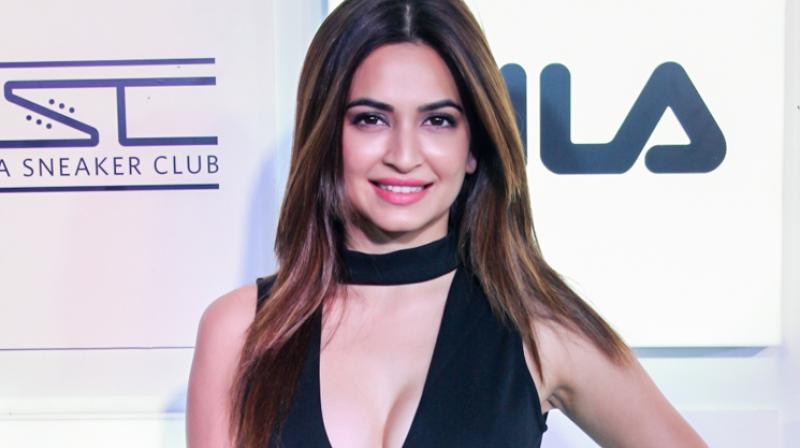 Mumbai: Kriti Kharbanda is surely making a impact. The actress, who was known only for her South films till a few years ago, is finally making it count in Bollywood.

But she has now surely joined the big league with two franchise films in her kitty.

After bagging the solo female lead with the Deols, Dharmendra, Sunny and Bobby, in ‘Yamla Pagla Deewana Phir Se', she has now been signed on for ‘Housefull 4.’

Kriti says, “I’m truly excited to be a part of two successful franchises – 'Yamla Pagla Deewana Phir Se' and now 'Housefull 4.' I think every movie that belongs to the franchise (Housefull) is simply hilarious and crazy in its own way. The success of all the three films is a testament to the series’ popularity. I’m sure it will be a great experience.”

With some of the best actors in Bollywood in terms of acting timing like Akshay Kumar and Riteish Deshmukh, Kriti will also have to prep hard to keep up with the cast which also includes Sanjay Dutt, Kriti Sanon, Pooja Hegde and Bobby Deol.

But Kriti says, “I am currently watching a lot of videos online to understand comic timing since shooting for a comedy isn’t easy. The film is set in two eras as it is based on the theme of reincarnation. I am grateful to Sajid Nadiadwala for this opportunity to play two different characters in the film.”

The teaser of ‘Yamla Pagla Deewana Phir Se’ was released on Thursday. Opening up on the film, she said, “I play a Gujarati girl in the film, so when I had to start dubbing, we have called a Gujarati teacher during dubbing so we get the diction, attitude and pronunciation right. It was a big challenge because being a Punjabi to be able to grasp a certain kind of Gujarati accent without actually sounding like I’m putting on the accent wasn’t easy. I play a doctor who is quite ambitious and is quite eager to learn things and that’s what I really enjoyed working on the character.

“It’s a special film and close to my heart. Since it’s an ensemble, it was one of the most liberating experiences because I wasn’t used to working with so many actors on one set. It was a once-in-a-lifetime opportunity to work with Dharmendraji, Sunny sir and Bobby Deol. Everyone was amazing with everyone. The songs in the movie are fantastic, massy and cool. I’m actually looking forward to audiences’ reaction to it.”