Setting aside eight hours of his day for the patients, the driver has been treating the patients for the last 20 years. 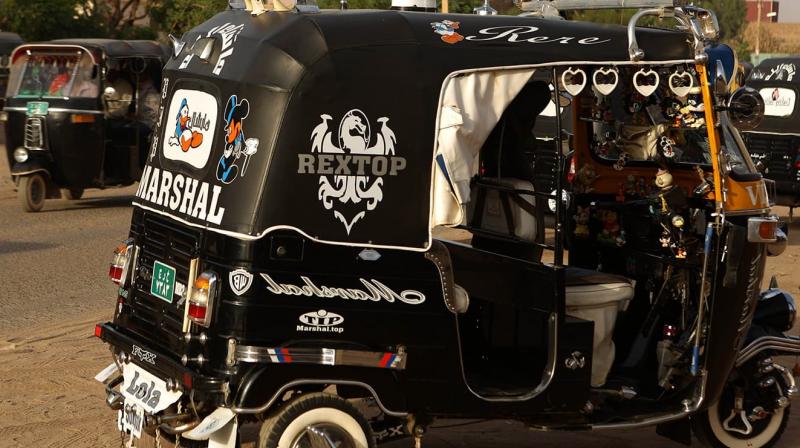 Setting aside eight hours of his day for the patients, the driver has been treating the patients for the last 20 years. (Photo: AFP)

Setting aside eight hours of his day for the patients, Hanmanth has been treating the patients for the last 20 years.

Hanmanth shared his story about how his life changed after his mother got leprosy.

"My mother had leprosy. When my father took her to the doctor, they asked us to not stay with her or eat with her. My parents came home crying. My father in fear of getting affected left me and my mother and went to another village. He never came back. My mother did not have the money, so she begged at the temple to feed me and my sister," said Hanmanth.

"The people of the leprosy colony saw my mother crying and asked her to live with them. No one used to come to stay with these patients, who left their villages and settled here," he added.

It was Hanmanth's mother who inspired him to serve these people.

"Before my mother passed away, she asked me to help and serve these patients. The colony people asked me to work so I took loan and drove auto rickshaw. I keep a part of the money I earn aside for the leprosy patients."

Hanmanth saves a portion of his earnings everyday and provides help to the leprosy patients by dressing their wounds, giving them first aid and also taking them to the government offices to help them in getting benefits of schemes for leprosy patients.

A leprosy patient, Kondabha, who got leprosy in 1972, also entailed how he met Hanmanth.

In 2002, Hanmanth opened the Mahatma Gandhi Leprosy Dispensary Centre in the colony to provide regular dressing to the leprosy patients. He even took basic training from a doctor at the Leprosy Treatment Centre.

India has the world's largest number of persons affected by leprosy.