Presently, an instructor at a computer institute in Srinagar, he is providing training to other blind youth. 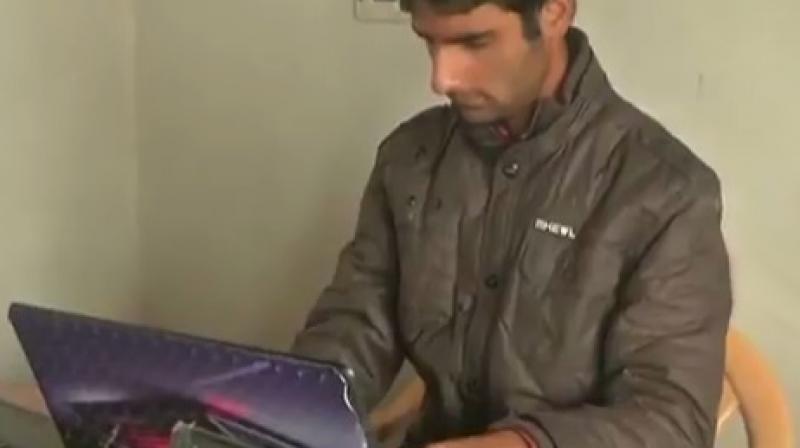 Srinagar: Aquib Ahmad, a Kashmiri youth born blind who lives in the Yaripora area of Kulgam district, Kashmir, has emerged as an inspiration for all visually impaired persons in Kashmir.

Presently, an instructor at a computer institute in Srinagar, he is providing training to other blind youth.

Hailing from a middle class family, he started his schooling from a private school up to class 8. Since he was blind born, he faced many problems but never lost hope and kept moving forward.

He completed his 9th and 10th classes from the Army School.

In these two years, the army introduced Braille to him which enabled him to complete his 11th and 12th classes from the Govt. Higher Secondary School at Yaripora in Kulgam.

The army helped him to get admitted to the Jammu Kashmir Welfare Association, a Non-governmental organization (NGO) that works for the blinds.

He then went to Delhi for computer training in Braille at National Association for Blind and also completed his graduation from Degree College in Kulgam.

Ahmad said that he could never forget the support given to him by the Principal and staffers at the Government Higher Secondary School in Yaripora, Kulgam, the Jammu Kashmir Welfare Association, and the army.