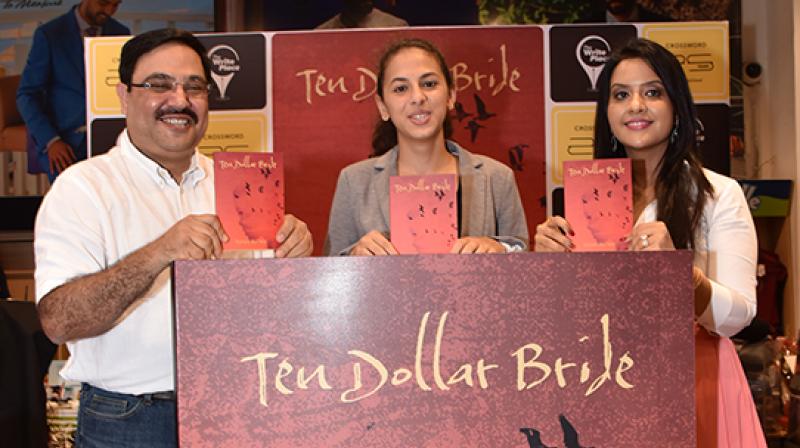 In what can be termed as the advent of a new trend in the literary fraternity, the number of teenage authors publishing their books is on a steady rise.

A study, published in the journal Child Development last month has found that teenagers are increasingly delaying "pleasurable" activities, that have long been seen as the rites of passage into adulthood.

Experts feel that this delay is to make room for creative exploration and forming better social and emotional connections and as a consequence, activities such as starting companies when young, and authoring books are on the rise.

When asked what prompted her to pen down a book on this grave issue, Sanya said, "I heard about my helpers story and I was really angry. I started writing these stories as a rant initially but somehow they culminated into a story.

"I realised that the only way this have an impact if more people could see them. There was no point in keeping them in my diary. They would have a better impact outside in the world."

Sixteen-year-old Abhishek Roy, author of "Father of The Gods," says that writing gives him the boundless ability to express himself.

"I have always been fascinated by the creative freedom which authors enjoy. When I used to paint, I was forever bound by the limitations of the canvas and the colours I had. However, when I started writing, I found boundless ability to express myself, to make events happen and make people debate as I pleased," he says.

"In my first book, as I combined ancient History and Quantum Physics and with no constraints except those in my mind, I was hooked into writing, forever", he adds.

Neeha Gupta, the 15-year-old author of "Different," says that the pros of starting early include not being worried about failure.

"I have always liked to challenge myself. Luckily, 15 is an age where I can afford to experiment, and put myself out there without worrying too much about success and failure. I will have many more chances," she said.

"Also, as an avid reader, I know that somewhere in the digital sweet spot between low and high technology use, my generation certainly enjoys the pleasure of a good book," she adds.

Anup Jerajani heading Crossword Bookstores own publishing initiative The Write Place said they have witnessed a lot of publishing inquiries by authors in the age group of 12 to 18, especially from students who are aspiring to further study Liberal Arts, Mass Media, literature.

"This is a very good trend. Manuscripts have been received from both male and female authors in this age group," Jerajani said.

"The Write Place is an authors perfect publishing companion where one gets a chance to transform their dreams into reality. The brands philosophy is to nurture and empower writers," Maulik Desai, Head Crossword Bookstores said.
Jerajani, the deputy general manager of Write Place, which was started in December 2014, said that since inception, approximately 50 to 60 teenagers approached for publishing their books.

"The Write Place published 12 books and sold more than 16,000 copies overall from above published books. Eight to nine books are in the pipeline," he said.