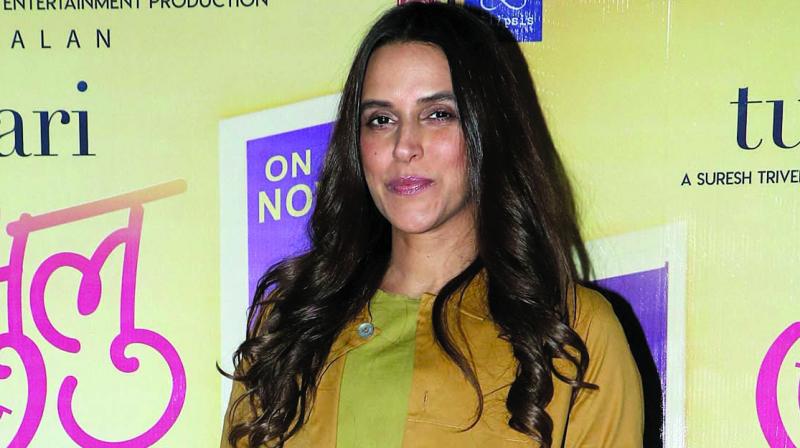 The 38-year-old actor, who was last seen in Karan Johar's segment of Netflix anthology series "Lust Stories", said she wants to be "unstoppable".

"It is hard to be the leading lady all my life, my desire is to keep working and be part of cinema. I want to be unstoppable. I am eight and half months pregnant and I am still going to work. I am not worried about whether I am doing lead role or anything else...

"It is good to be associated with good subjects and stories. Everything that is topical will have an audience. I like doing films that are topical," Neha told PTI in an interview.

The actor says she is waiting to embrace motherhood.

"I have tread different paths like TV, audio, reality shows and cinema. I do pretty much everything. And now I am going to wear the toughest hat, that is of motherhood. I will have to balance things out."

Neha has been lauded for her performance in "Hindi Medium" and "Tumhari Sulu".

"It feels good that people are loving my work. The fact that I was open to doing different kind of roles, the industry should be aware of it. Lot of people think I would not do small roles but that is not the case. I look for interesting opportunities," she said.

The actor, who got married to Angad Bedi this May, says she will soon get back to work after the delivery.

"I am not going to take a sabbatical. I am going to be working all through, till I deliver, till the last moment. I will continue working after delivery, I have support from my family and husband," she added.