The couple was seen in Shaftesbury Avenue and believed to have watched hit comedy Peter Pan Goes Wrong at the Apollo Theatre. 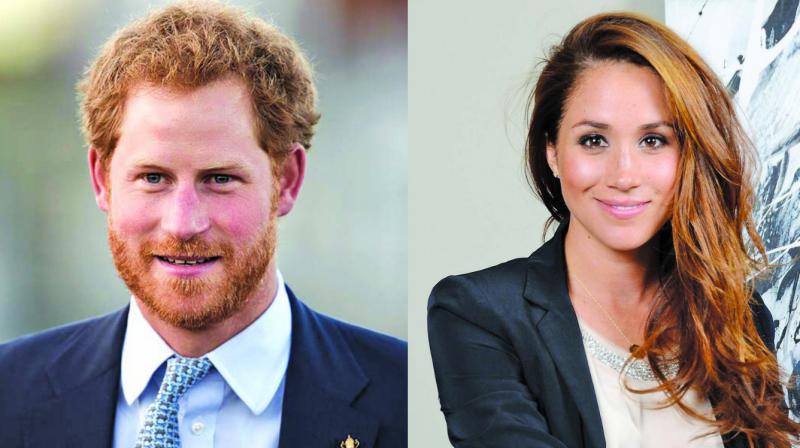 London: Looks like Prince Harry and his actress girlfriend Meghan Markle finally strolled in the public’s eye on a romantic evening out in London. The couple was seen in Shaftesbury Avenue and believed to have watched hit comedy Peter Pan Goes Wrong at the Apollo Theatre after getting last-minute tickets, reports the Daily Mail.

They were dressed in matching beanie hats and coats as they drew many a double take from bystanders, reportedly looking very much at the blissful couple.

Reportedly, the 35-year-old actress flew in to the UK from Toronto and has been staying with the Prince in his cottage in the Kensington Palace grounds. Their date night comes just days after they were seen carrying a Christmas tree in London after some incognito festive shopping.

The 32-year-old Royal and Markle walked hand-in-hand as they bought a 65 pounds Nordmann Fir from Pines and Needles in Battersea Park, south London.

After the trip to the theatre, a friend of the couple told the Sun that they were ‘crazy about each other’.

“They are both clearly crazy about each other. They’re very serious and have told friends they are very much in love,” the source admitted.

The source added that Markle and Prince Harry “like any young couple” wanted to do as many normal things as possible.