Avery Jackson is just 7-years-old and emphatically states her feminity in the image. 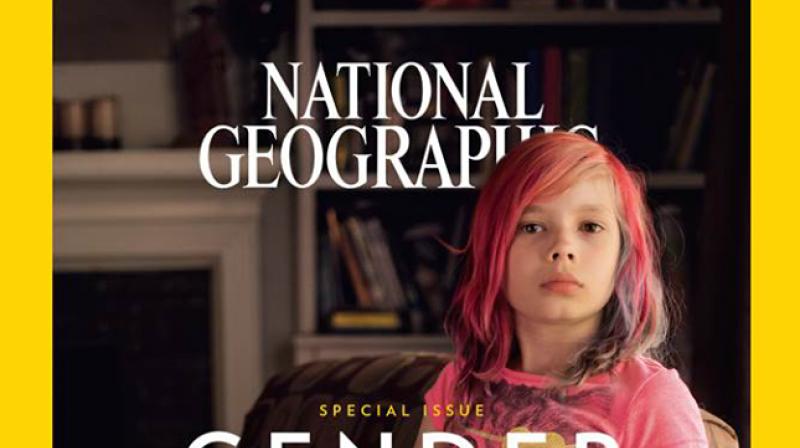 “The best thing about being a girl is, now I don’t have to pretend to be a boy” (Photo: Instagram)

The boundaries of gender are being pushed as transgender people are gaining recognition as a third gender across the world. In India, railways have started recognising the third gender in forms, while transgenders are making a mark as mayors, police officers and principals.

Taking note of the “Gender Revolution” across the world, leading publication featured a seven-year-old transgender girl on its cover, for an issue covering shifting landscape of gender. The child named Avery Jackson can be seen confidently posing in pink.

The caption on the cover reads, “The best thing about being a girl is, now I don’t have to pretend to be a boy”, as the transgender girl stating her feminity might be a way to inspire millions across the world.

Photo @hammond_robin for @natgeo “The best thing about being a girl is, now I don’t have to pretend to be a boy” says Avery Jackson who I photographed for #NationalGeographic's special issue on Gender. Delighted to see her photo on the January 2017 cover - the first time a #transgender person has appeared on the front of the magazine. My contribution to the issue is a story about 9 year old boys and girls around the world. Check out the magazine for brilliant writing from the likes of Eve Conant and @aokeowo and amazing photography from some of the greats including @stephsinclairpix, @petekmuller, @kitracahana, @johanbavman.For a few years now I’ve been documenting #LGBTQI+ stories around the world. You can see those by following @whereloveisillegal #GenderRevolution @noorimages

In the US, Oregon became the first state to legally recognise non-binary genders, but public sanitation is a major struggle for transgender community. In such a scenario, a prestigious international magazine featuring a transgender girl on the cover will definitely make an impact in society.

The magazine’s editorial director said that since celebrities have been in focus amid the debate, she wanted to bring common people in the spotlight, since they are much more vulnerable to abuse and conformity.