His estimated net worth is USD 18.7 billion, up by USD 1.4 billion, according to Forbes. 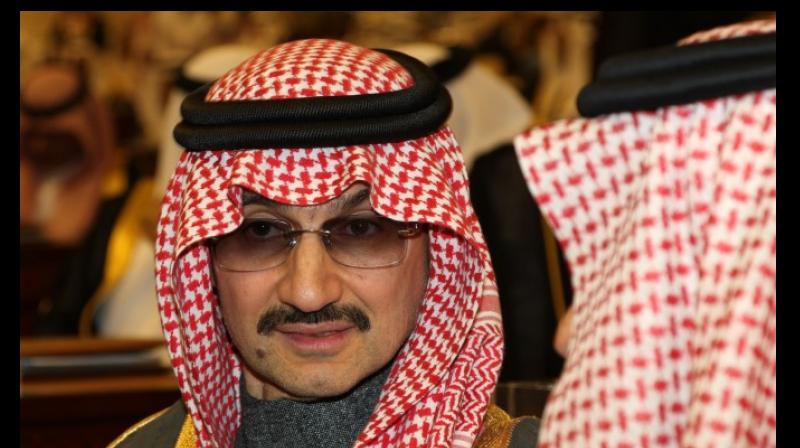 The magazine unveiled its annual rankings of the World's Richest Arabs in its April issue. (Photo: AP)

Dubai: Saudi Arabia's Prince Alwaleed bin Talal remains at the top of the Arab world's richest list with an estimated net worth of USD 18.7 billion, up by USD 1.4 billion, according to the latest Forbes' Middle East list.

The magazine unveiled its annual rankings of the World's Richest Arabs in its April issue. According to the list, the UAE's Majid Al Futtaim is placed at second position for the first time at USD 10.6 billion, followed by Saudi Arabia's Mohammed Al Amoudi who's worth USD 8.1 billion.

There are two new entrants this year: Qatar's former prime minister, Hamad bin Jassim bin Jaber Al Thani, who has an estimated net worth of USD 1.3 billion. He holds a 3 per cent stake in Deutsche Bank.

Mohammed Serafi, also a newcomer, is one of the largest individual investors in the Saudi stock market, with a net worth of USD 1 billion. He has shares in real-estate company Taiba Holding and Makkah Construction and Development Company.

Forbes ranked Indian-Omani businessman PNC Menon under Oman, since he's a citizen of that country. He hails from Thrissur in Kerala. The magazine did not say what was his ranking.

"With a mild recovery in crude prices and the region's stock markets bouncing back from the lows of 2016, it has been a good year for the region's billionaires," Khuloud Al Omian, Editor in Chief of Forbes Middle East, said.

With 10 billionaires, Saudi Arabia claims the highest number of billionaires with an aggregate net worth of USD 42 billion, followed by Lebanon and Egypt with 7 billionaires each.

Emirati billionaires are worth a combined USD 22 billion. Forbes Middle East also came out with its second annual ranking of the Arab World's Richest Families.

Three out of the 12 families were self-made the Alajlans, Alagils and Al Subeaeis.
The rest inherited their wealth. All are from the Gulf.

Saudi Arabia has the highest number of billionaire families, with an aggregate net worth of USD 25.7 billion. The Olayans top the list, with USD 8 billion worth of publicly-traded holdings, followed by the Alshayas and Abudawoods, who have a net worth estimated at USD 5 billion and USD 4 billion, respectively, it said.