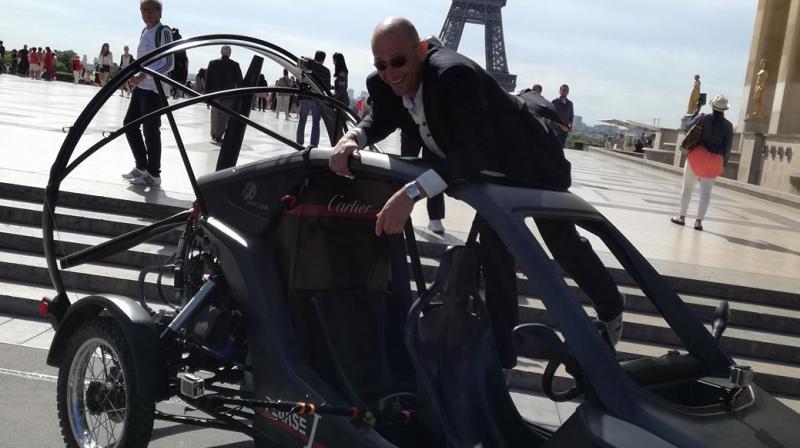 A French pilot crossed the English Channel on Wednesday in a flying car that looks part dune buggy, part paraglider.

Under a clear blue sky, Bruno Vezzoli launched his flying machine down an abandoned wartime runway near Calais, lurching from side to side as he slowly gained altitude suspended beneath a giant canopy.

"I would say that the biggest risk, just like with any engine-powered machine, would be a breakdown," Vezzoli told Reuters TV as he made his pre take-off checks. "Usually you land on the ground, but in this case we would have to do a sea-landing."

Vezzoli landed safely 59 km (36 miles) away, near the English port town of Dover.

Named "Pegasus" - a winged horse in Greek mythology - the flying car is the brainchild of Jerome Dauffy, an entrepreneur inspired by early aviators such as Brazilian Alberto Santos-Dumont and Frenchman Louis Bleriot who made the first flight across the Channel in 1909.

"The automotive and aeronautic industries were born around a century ago and it's only now that we are managing to combine the two modes," Dauffy said.

Dauffy's initial ambition had been to build a flying machine that could travel round the world in 80 days.