A unique initiative uses opera to reintegrate prisoners back into society and reduce reoffences. 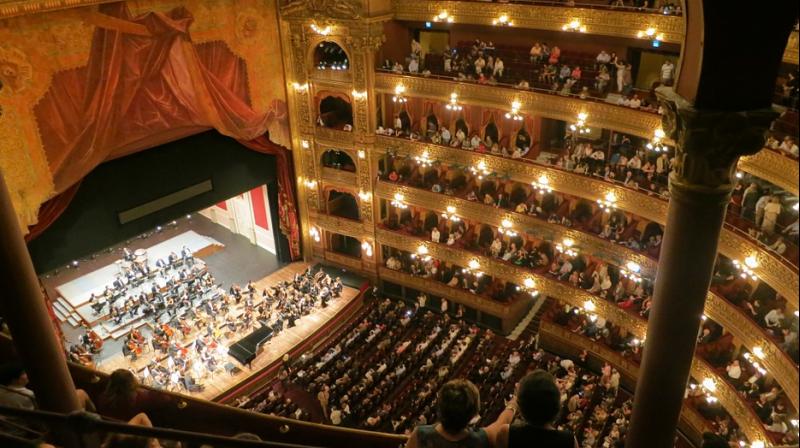 LISBON: Inmates from one of Portugal’s biggest youth prisons took to the stage at a prominent Lisbon music venue this week to perform Mozart’s ‘Così fan tutte’ - a unique initiative using opera to reintegrate prisoners back into society and reduce reoffences.

This was the second performance outside of the prison in as many years for the four-year old project, which has helped a former inmate land a job in the Gulbenkian Foundation’s concert hall. Others hope to follow suit and launch a music career. “That’s the best social reintegration we can do,” said Carla Pragosa, a director of the Leiria prison for young offenders.

The project brings together officers and inmates as well as their families and friends, who sing or work on scenic design.

Tiago Silva was among the 19 young inmates who got up on stage to sing in front of hundreds of people at the foundation’s concert hall, while accompanied by the acclaimed Gulbenkian Orchestra - an experience the 23-year-old will never forget.

“I don’t see my family often because they don’t have enough money to visit me in prison,” Silva, dressed like most other performers in a white tee-shirt and black jeans, told Reuters. “But my two daughters are here to see the concert and I think they’ll be proud.”

Director Paulo Lameiro and his team introduced inmates to classical music, heard their stories and found a way to bring their experiences to the big stage.

During the concert, Silva, who is serving a seven-year sentence for a crime he would not reveal, also performed a rap song dedicated to his family, in which he apologised to his mother for his wrongs. “These young people are very creative, they are resilient but the routines of our prison system make it hard for them to change,” Lameiro said.

The Council of Europe has criticised Portugal for not giving prisoners sufficient opportunities to “work or to engage in education or other purposeful activities”.

Prison director Pragosa said opera could help. “Prison life is alien to those who have never been in jail so this project allows people to understand that inmates can change,” she said. “The idea is to give inmates the tools they need to reintegrate back into society.”