Dr Ambedkar was critical of every kind of religious bigotry, says author Vinay Sitapati in the second part of this interview 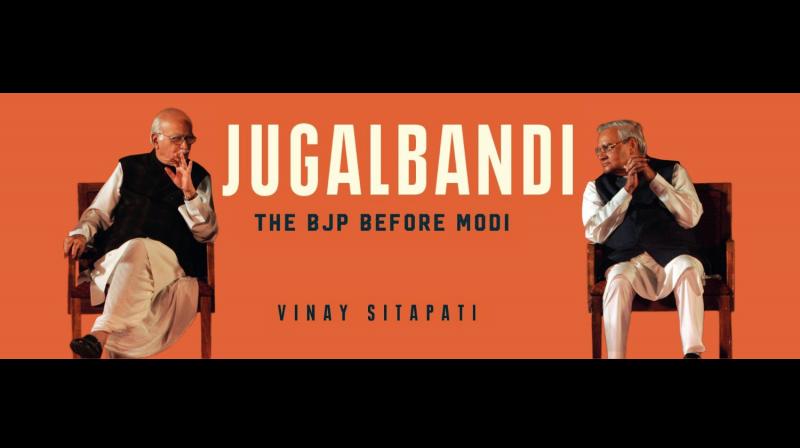 Dr. B.R. Ambedkar was critical of every kind of religious bigotry, says Vinay Sitapati, author of Jugalbandi, in the second part of this interview. He defends the RSS and Sangh, saying they are actually keen to eradicate caste differences. Excerpts.

In your background regarding the birth of Hindutva, you emphasize a historical irony, maybe even an anomaly, that Ambedkar supported Partition siding with Jinnah against Gandhi and Congress but for exactly an opposite view, possibly keeping his quote on Islam being a close corporation, its brotherhood not being universal, or that Islam being incompatible with self-government.

How do you then perceive the argument that a Muslim-Dalit coalition, or as Asaduddin Owaisi would say – Jai Bheem, Jai Meem – is the most likely formidable answer to Modi’s Hindutva? How would India’s first law minister, Dr Ambedkar, have responded to acts like CAA or the NRC?

Ambedkar was critical of every kind of religious bigotry. But in a different way Ambedkar too was focussed on the welfare of his own community, the Dalits. It is the nature of democracy in a group-based society that different ideologies subscribing to electoral politics will try to fashion their own coalition. Democracy in India has always been largely about the arithmetic of group numbers.

For example, Savarkar had simple task. Hindus are 80 percent of India, and can easily dominate election. The problem for him is that Hindus don’t think of themselves as one. If they did, it would be easy for any Hindu party to win elections. But his math was right – get the Hindus to feel united and win power. In the process, the Muslims are alienated, even demonized. But lower caste Hindus are co-opted, and made partners.

The underlying logic – trying to form coalitions for the sake of a numerical majority – is not unique to the BJP. Every party does it. The Communist party says we will unite the have-nots, workers and farmers and win, while demonizing capitalists, traders and businessmen. All OBC and Dalit parties have this formulation of a majority too. They demonise the upper caste, in a bid to consolidate the SCs, STs and OBCs; to which then you add Muslims.

There are many ways to get to a majority in elections and each ideology is a reflection of a particular calculation to reach it. Owaisi is trying to fashion his own majority. The BJP is playing the same game, with a different set of blocks. In that sense, every political party pursuing power in a democracy is therefore majoritarian in that sense. They are all playing a game of stitching together a sustainable majority and advocating and justifying policies to benefit constituents of their groupings.

But how viable is Owaisi’s argument of Muslims and Dalits – in argument both victims of upper caste Hindus – to create a subaltern’s government?

The BJP, at this point of time, under Narendra Modi has already succeeded in stitching together a sustainable majority, which is across the caste hierarchy of Hindu society. My critique of Owaisi is that he is not a liberal counter-argument against the RSS, merely the other side of the coin.

He says he opposes a ban on beef but not because he believes every individual must have the right to eat what she or he wants. Owaisi says there should be no ban on beef because lots of people eat beef, especially Muslims and Dalits. The BJP beats him and the likes of him at this game because there is no significant liberal constituency in India, who want to keep the state away from their private choices.

A strong critique of RSS is it is a thinly-veiled Brahmanical hegemony?

I don’t agree. If that was the case, why are OBCs, Dalits and Tribals voting for the BJP more than for any other party? Do they not know their own interests? The RSS idea of India has, for over a century, has been articulated by upper-castes who nonetheless have rejected a Hinduism that is only for upper-castes. In fact, no one wants the abolition of caste differences between Brahmin and Dalits more than the RSS and the BJP. Of course this was initially entirely for electoral reasons – to create a Hindu ‘vote-bank’. But if you wear a mask for a 100 years, that mask becomes your face. And today, with a Dalit President and OBC Prime Minister ruling the country, it is obvious the mask has become the face. The correct criticism of Hindu nationalism is that they are anti-Muslim. There is no way to dilute this charge. But don’t group Muslims and lower-castes Hindu together. That is, in a way, creating another kind of vote-bank politics in India. And that vote-bank has failed.

Let us understand your argument correctly. You are saying RSS is anti-Muslim but not anti-Dalit. It means it wants unity between all castes and polarisation only on communal lines? So the allegation they are anti-Dalit and anti-Muslim is half wrong?

Absolutely. Take the example of the Janata government in 1977 which the Jana Sangh (precursor of the BJP) was the largest component of. They could have become prime minister, but they chose not to. They really wanted Jagjivan Ram to become PM. Why? Simple reason: he was a Dalit. And the RSS wanted to make sure that India had a Dalit prime minister. Critics of the BJP must reconcile themselves with these facts.

On the other hand, they have always been suspicious of Muslims. The ‘Love Jihad’ laws of today give you a great insight in RSS thinking. They do not want Hindus to marry Muslims. They want those religious boundaries to be maintained. On the other hand the sangh parivar even pays money as incentive for inter-caste marriages, for example between a Brahmin and a Dalit. The VHP has actively rejected Manu Smriti for upholding caste oppression. In this sense, they are progressive.