This ex-serviceman is providing free training to young Army aspirants

Kishore Kumar, who served in the Army for 18 years, is providing free lodging and training for a recruitment rally. 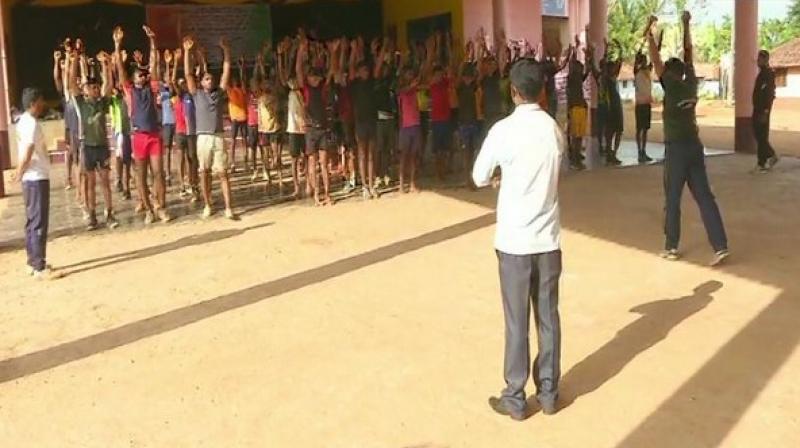 Kishore raised funds from people for the cause, including auto drivers, bus agents, traders, and vegetable sellers. (Photo:ANI)

Shivamogga: With an aim to help youth make their way to the Army, a former serviceman is providing free training to youths from rural areas in Anandapuram area of Shivamogga district.

Kishore Kumar, who served in the Army for 18 years, is providing free lodging and training for a recruitment rally on May 28 to around 80 youths from nearby villages.

Kishore, who hails from Byrapura village and served in Madras Regiment, said, "Youth here do not have information as to what to do to join the Army, I thought a coaching centre would really help them."

"We have seen coaching centre for civil services and competitive exams, but we do not have a single coaching centre (free) for Army aspirants. I want south India to get more participation in the Army. This is a patriotic work," he told ANI. Our participation is almost negligible in the military compared to North India. Our youth are strong enough and wish to join the Army but they have no knowledge about physical and mental abilities."

Kishore raised funds from people for the cause, including auto drivers, bus agents, traders, and vegetable sellers. He also revealed that many aspirants belong to poor families and are unaware of basics, including how to fill a document online.

Three serving and former servicemen have joined Kishore in his endeavour. An Armyman who is on leave teaches physical education to the youth while one former serviceman helps them exercise.