Newsmakers   18 Jul 2018  Shweta turns actress with Big B and their Twitter exchange is endearing, emotional
Newsmakers

Shweta turns actress with Big B and their Twitter exchange is endearing, emotional

Shweta's first acting venture in a commercial has been released and it was an emotional moment for the father and daughter. 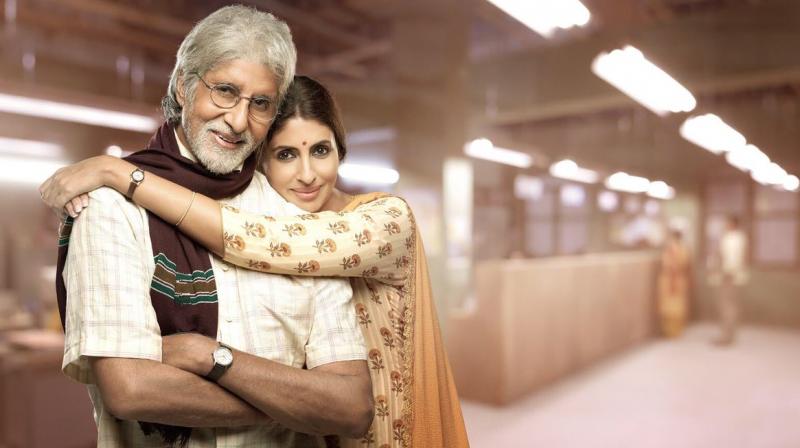 Still of Shweta Bachchan Nanda and Amitabh Bachchan from their advertisement.

New Delhi: After hitting the ramps to parties together, Amitabh Bachchan and Shweta Bachchan Nanda are all set to give major father-daughter goals to all.

The only non-star Bachchan in the family has finally made her acting debut, with none other than her father, 'The Shehenshah of Bollywood', for a jewellery brand commercial.

"Emotional moment for me," wrote Big-B while sharing the ad on his Twitter handle, adding, "tears welling up every time I see it .. daughters are the BEST !!"

Sweta too shared the video and wrote alongside, "Here it is our little labour of love xx "

Here it is our little labour of love xx ⁦@SrBachchan⁩ https://t.co/K0LiQgot4q

Later, she posted another tweet about her ‘safety net for life’ and how it was a seamless and lovely experience for her to go to work with her megastar-father.

From our ad! @SrBachchan you’re my safety net for life. You made this so seamless for me! I loved going to work with you! Thank you xx pic.twitter.com/WaXWehi2S6

The video sees the two in a very non-glamourus avatar, unlike a common glitzy jewellery brand commercial. The debutante can be seen in a simple salwar kameez, while her father is dressed like a commoner.

On the work front, the 75-year-old actor will next be seen in 'Brahmastra' and 'Thugs of Hindostan'.