Ishrat is all set to play in the International Wheelchair Basketball Tournament to be held next month in Thailand. 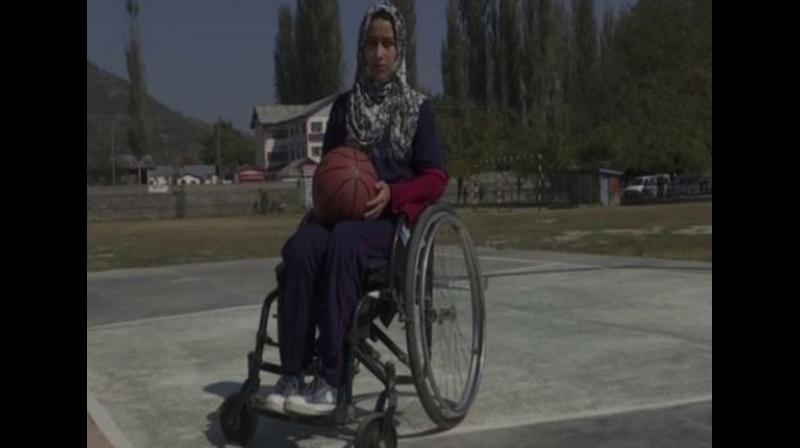 In 2016, Ishrat fell down from the second floor of her house and suffered a spinal injury, leaving her wheelchair-bound. (Photo: ANI)

Ishrat is all set to play in the International Wheelchair Basketball Tournament to be held next month in Thailand.

Her journey from being bed-ridden due to a grave spinal cord injury to reaching an international stage has been nothing short of remarkable.

In 2016, Ishrat fell down from the second floor of her house and suffered a spinal injury, leaving her wheelchair-bound. "I was unable to accept the new reality as I had not seen a wheelchair my whole life," Rasheed said.

Speaking during her training at a basketball court, Ishrat told ANI, "People often passed judgments on me due to my condition. The often asked me, what will I do in life? Some even said that it would have been better if I had died from the accident so that my family did not have to undergo this suffering."

Ishrat's fortunes took a turn for the better after she heard of a camp being held for specially-abled basketball players at Srinagar indoor stadium.

After the abrogation of Article 370 and communication restrictions at the valley, it was the Indian Army and Jammu-Kashmir police who traced Ishrat to inform her that she was selected to represent India in the international event.

"I was informed by the police and the Army that I had to go to a national camp in Chennai. The camp was supposed to be held on August 28 and I was informed on August 26. Somehow, I managed to make the cut for the international event. I will be going to Pattaya now," she added.

After seeing her videos, many other specially-abled girls have also taken to wheelchair basketball in Kashmir.

Expressing gratitude to all those who helped her in the journey so far, she said, " I am very happy and I never thought I would go this far. It was only possible through the support of my family, Indian Army and Jammu-Kashmir Police."

"I would like to tell all the young women in Kashmir that they should not think that they are disadvantaged. If I can reach this far on a wheelchair, anybody can. You can even surpass me," Ishrat said as she continued practising free shoots at the court.