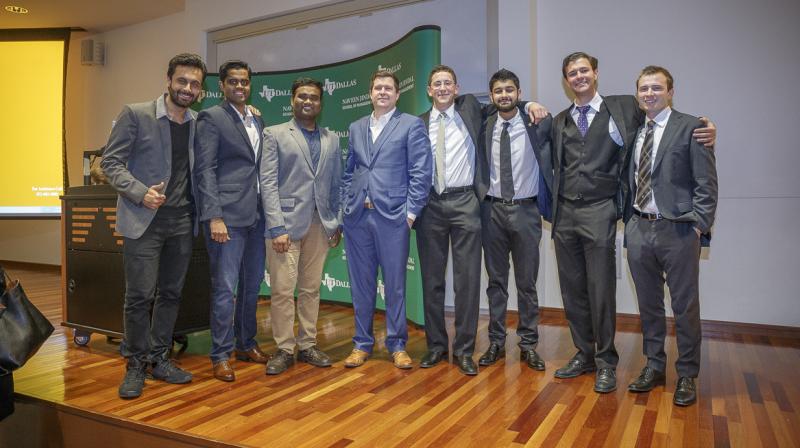 An Indian-American student, along with his team-mate, has won USD 15,000 at an innovative and entrepreneurial skills competition here for developing a safer and more-effective allergy skin test.

Samir Raju, a freshmen at University of Texas, and his teammate Benjamin Rubanov took the first prize home at the UT Dallas Business Idea Competition finals for their business
concept 'Skin Aware'. Skin Aware detects allergic reactions using much smaller
doses of allergens than other tests currently on the market, according to the UTD news release.

The idea was conceived after Rubanov watched his younger brother suffer from anaphylactic shock while undergoing an allergy skin test. He was then determined to develop a safer, more-effective test. Based on patent-pending technology developed by Walter Voit at the UT Dallas Alan G MacDiarmid NanoTech Institute, Skin Aware employs nanoliter-size doses, it added.

Second place went to Unibees, an app that has been used by UT Dallas students for the past several months to find free food at campus events. The app has been developed by Abinav Varma Kalidindi, Sanjay Kurani and Chandra Kiran Achanta who were awarded USD 5,000 for their efforts. The annual competition was held at Naveen Jindal School of
Management here.