Theresia Brandl attended Stowe High School until she had to drop out to care for her ailing mother. 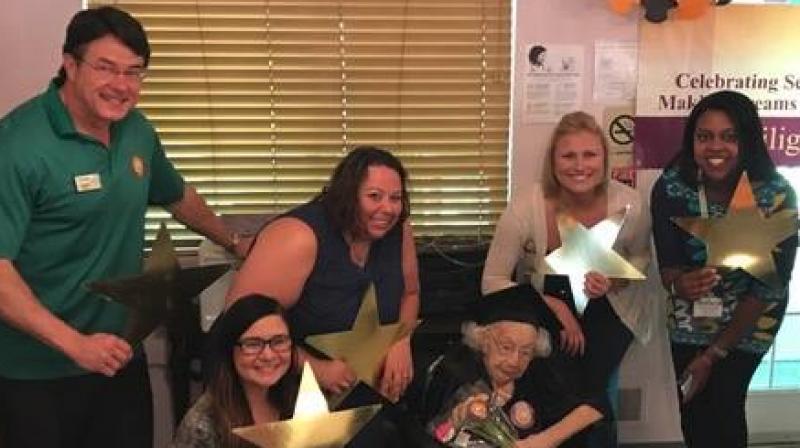 Oakdale (US): A Pennsylvania woman who said her only regret in life was not finishing high school has received an honorary diploma - at the age of 105.

Brandl attended Stowe High School until she had to drop out to care for her ailing mother. The school was later merged with a nearby school, forming Sto-Rox High School, which awarded her the honorary diploma.

The diploma was arranged by the Twilight Wish Foundation, which helps fulfil wishes for people over 65, after Brandl was nominated by an administrator at the nursing home.