Shaw describes the 10-track album as a dark and moody take on what it means to be black in America. 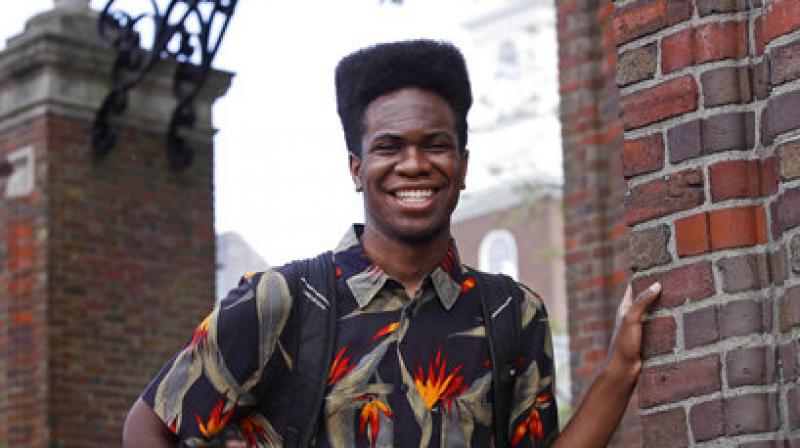 Shaw was at home for winter break in 2015, struggling to find a topic for a written thesis, when he told his mother, Michelle Shaw, about the creative thesis option. (Photo: AP)

Boston: While other Harvard University students were writing papers for their senior theses, Obasi Shaw was busy rapping his.

Shaw is the first student in Harvard's history to submit a rap album as a senior thesis in the English Department, the university said. The album, called "Liminal Minds," has earned the equivalent of an A-minus grade, good enough to guarantee that Shaw will graduate with honours next week.

Count Shaw among those most surprised by the success. "I never thought it would be accepted by Harvard," said Shaw, a 20-year-old from Stone Mountain, Georgia, a suburb of Atlanta. "I didn't think they would respect rap as an art form enough for me to do it."

Shaw describes the 10-track album as a dark and moody take on what it means to be black in America. Each song is told from a different character's perspective, an idea inspired by Geoffrey Chaucer's 14th-century classic "The Canterbury Tales." Shaw, who's black, also draws on the works of writer James Baldwin while tackling topics ranging from police violence to slavery.

Shaw's thesis adviser, Harvard English lecturer Josh Bell, said Shaw is a "serious artist and he's an amazing guy." "He was able to turn around an album that people in the English Department would like very much but also that people who like rap music might like," Bell said.

Harvard undergraduates aren't obligated to submit senior theses, but most departments require it to graduate with honors. Often it takes the form of a research paper, but students can apply to turn in an artistic work as a creative thesis. Some submit screenplays, novels or poetry collections.

Shaw was at home for winter break in 2015, struggling to find a topic for a written thesis, when he told his mother, Michelle Shaw, about the creative thesis option. He had recently started writing his own raps and performing them at open-microphone nights on campus. His mother connected the dots and suggested he record an album for his thesis.

It took Shaw more than a year to write the songs and record them at a studio on Harvard's campus. His friends supplied many of the beats, while he taught himself how to mix the tracks into a polished product.

"I'm still not satisfied with the quality of the production just yet, but I'm constantly learning and growing," Shaw said. Rap and hip-hop have drawn growing interest from academia in recent years. Harvard established a fellowship for scholars of hip-hop in 2013, and other schools including the University of Arizona have started to offer minors in hip-hop studies.

Clemson University announced in February that a doctoral student submitted a 34-track rap album as his dissertation, a first for the South Carolina University.

Shaw plans to circulate the album online for free and hopes it opens doors to the music industry. In the meantime, he's headed to Seattle to work as a software engineer at Google.