He had said he had no desire to join politics, but if he did, he would show the door to all ‘money-minded’ people. 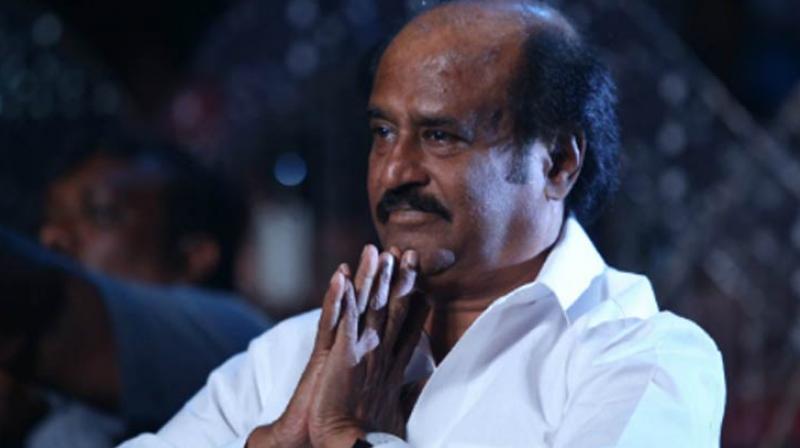 Mumbai: Rajinikanth on Thursday declined to answer any political questions, amid speculation over his possible political plunge.

"Please don't ask political questions," he said when reporters asked him about his recent comments on entering politics.

Expressing joy over meeting his fans after an eight-year gap, the actor said the next round of meeting with his fans will be finalised in the coming days.

Asked what message he had for his fans, the 66-year-old superstar said, “take care of your family. Give up all vices."

The actor had given the same advice to fans on Monday, asking them not to touch cigarettes and alcohol.

He had said he had no desire to join politics, but if he did, he would show the door to all ‘money-minded’ people.

"My life is in the hands of God. I'm not sure what he has in store for me. But I will always perform the duty that he bestows on me. So, don't feel disappointed if I don't enter politics," he had told his fans.

But if he did join politics, he would ensure that there would be no place for those seeking material gain.

"Money-minded people will be shunned. So, I warn you now itself to stay away," he had said.

On Wednesday, BJP national secretary H Raja had said Rajinikanth is a ‘popular’ personality and is welcome to join the saffron party.