'Bionic Boy' becomes youngest ever to get two prosthetic hands

11-year-old is extremely chuffed and still learning how to use both his hands together. 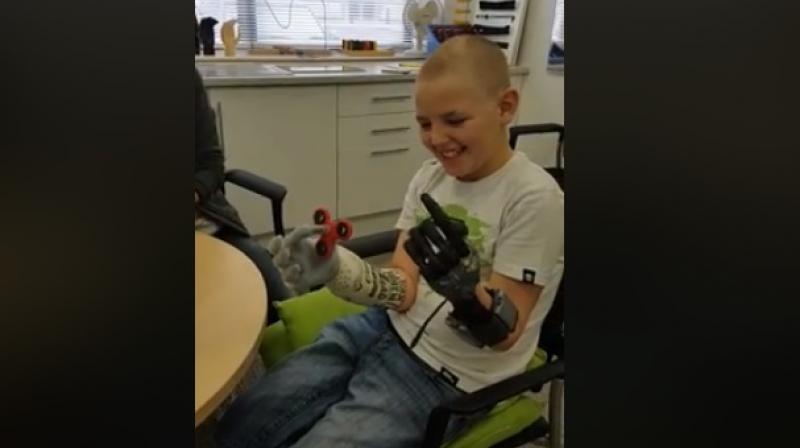 Alan needed to have both his hands amputated at the age of three after complications arising from a heart condition (Photo: Facebook screengrab/ Touch Bionics Centre of Excellence)

Allan Gifford, an 11-year-old boy from Swansea has become the youngest in the world to have two prosthetic hands,

Alan needed to have both his hands amputated at the age of three after complications arising from a heart condition. His first artificial hand was fitted in 2015. His family helped raise the money from donations from all over the country and with continued support, he could have the second hand made and fitted.

Alan, who aspired to be a special needs teacher said that he can now ride his own bike and eat with a knife and fork on his own.

Alan who now he calls himself Bionic Boy has become  the envy of his seven brothers and sisters and as his mother says, is absolutely chuffed and is spending every day learning how to use both hands together.

The hands were made by Touch Bionics and can be programmed with four grips for different tasks controlled by Alan’s muscle signals.