Newsmakers   19 Nov 2018  I have an ocean of opportunities awaiting me: Manushi Chillar
Newsmakers

I have an ocean of opportunities awaiting me: Manushi Chillar

Chillar has mixed emotions about life-changing journey she has been on, says year has seen her growing and evolving as person. 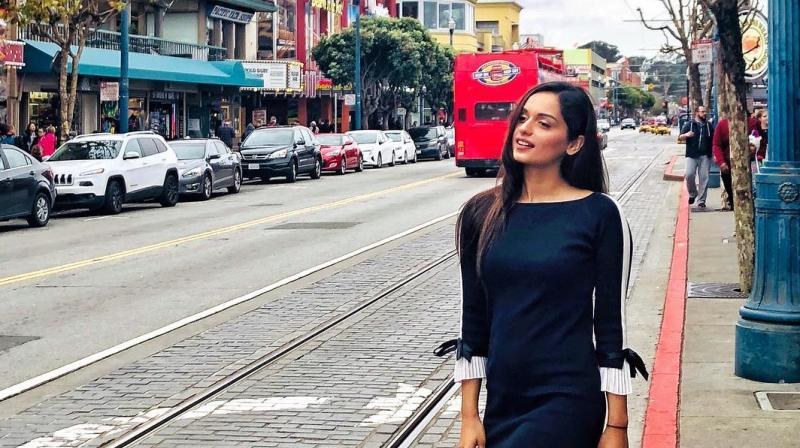 Being a champion for several causes, Manushi says that the Miss World pageantry has far evolved from the bikini contest it was first envisioned to be in the 1950s. (Facebook Screengrab/ @manushichhillarofficial)

Miss World Manushi Chillar has completed a year of bringing the blue crown back home to India and is all set to fly out to China to crown the next winner.

Chillar has mixed emotions about the life-changing journey she has been on and says that the year has not only seen her growing, but has helped her evolve as well.

"The Miss World journey has been incredible. I got to travel so much, meet so many people and when I look back at the one year being Miss World, I realise how much I have grown and evolved."

Recalling moments from the past one year, Chillar says that two episodes stand out clearly.

The first, she says, is when she returned to India after winning the crown. “I had a huge welcome and I suddenly realised the responsibility that had been put on my shoulder…I realised that people would be actually looking up to me. It was wonderful being a part of something much bigger."

The second defining moment for Chillar was, she says, during her trip to Brazil where she saw a Leper Colony for the first time.

"I actually broke down because it is a very strange situation to be in," Chillar says.

"There were people who have been treated for years and are still ostracized by society for being lepers,” she adds.

What shocked Chillar more was the fact that out of the total case of leprosy in the world, Brazil has 12 per cent which is second highest, but India has the highest number of leprosy patients with 66 per cent or more than a quarter million people, and yet no one speaks about it.

"There were people who were trying to get funding for the last two three years, and us being there helped. We got the government involved, and managed to get all the approvals and funding for them," Chillar says.

The Haryana girl, who at the age of 20, won the Miss World 2017 crown, becoming the first Indian to win the coveted title after Priyanka Chopra also adds that the first step they realised was to stop and educated people because lack of knowledge creates fear, leading to discrimination.

Being a champion for several causes, Manushi says that the Miss World pageantry has far evolved from the bikini contest it was first envisioned to be in the 1950s. "Today Ms World is all about young women who bring about a global change.”

She elaborates, "It is not just about a pretty face, the platform actually gives you an opportunity to do something positive. Miss World is about coming together, taking the reigns and fighting for a cause.”

It is this spirit that helped Chillar give flight to her pet project as well. What started off as a local project for menstrual hygiene has now crossed the state boundaries of India and has become something international.

The project has travelled the globe and has made inroads in Sri Lanka, South Africa and Rwanda.

“We got a machine which manufactures sanitary pads from natural fibres like jute, which easily available, and we train people how to use the machine, how to manufacture these plant.”

The project, which Chillar says is the first of its kind in India and the second in the world not only helps in menstrual hygiene but also helps in giving back to both environment and the community.

Chillar, who reveals that she loves being in front of the camera and is not averse to working in Bollywood now that her term is nearing conclusion lets slip that Sanjay Leela Bhansali, Karan Johar and Rajkumar Hirani are three directors she would love to work with.

“I have an ocean of opportunities awaiting me and once I am back from Miss World, I want to explore whatever life has to offer,” she concludes.