The 65-year-old is also the second-longest-serving leader of the Group of Seven major economies behind only German Chancellor Angela Merkel. 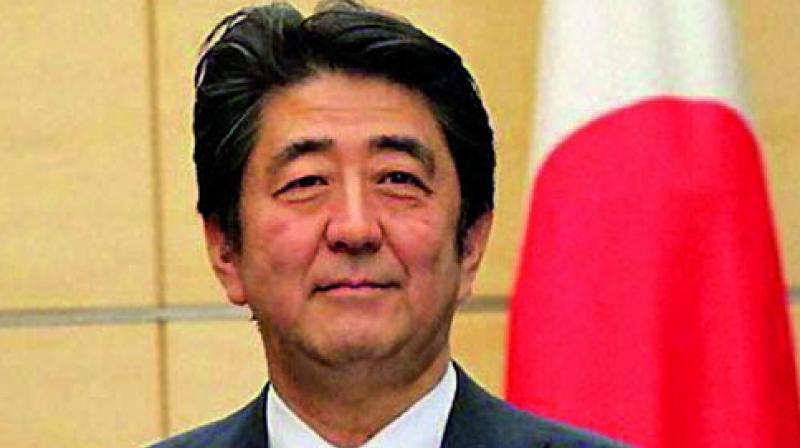 Tokyo: Shinzo Abe entered the history books as Japan's longest-serving premier on Wednesday, but many of his ambitious goals, including a constitutional revision to strengthen the military, appear far from reach.

The 65-year-old is also the second-longest-serving leader of the Group of Seven major economies behind only German Chancellor Angela Merkel, who has been in office since 2005.

Abe's grip on power remains firm as he passes the landmark, with his tenure likely to last until at least September 2021 and no clear successor yet on the horizon.

But the premier has plenty of unfinished business, saying earlier this year after a cabinet reshuffle that he hoped to "take on the challenge to create a new country".

He has reiterated his long-cherished ambition of revising Japan's post-war constitution to change the status of the country's Self Defence Forces.

But opposition parties have refused to move forward with procedures for the revision, and Abe has seen his reputation tarnished by the resignation of two cabinet ministers and a cronyism scandal.

He is currently mired in a row over inviting too many of his supporters to a costly cherry blossom viewing party, forcing the government to scrap the annual event next year.

Speaking to reporters on Wednesday to mark the record, he was peppered with questions about the latest scandal, which shows little sign of going away.

"I've made efforts every single day to carry out the policies I promised and these daily efforts have led me to this day," Abe said.

He vowed to do his "utmost" in the two years he has remaining as president of his Liberal Democratic Party (LDP).

Despite recent missteps, however, experts say Abe's ruling coalition faces no major threats in parliament, and there are no obvious pretenders to his office.

"There seem to be no strong rivals inside the LDP, and the prime minister's political foundation inside the party is stable," said the conservative Yomiuri Shimbun.

Nearly 38 per cent said they did not support any particular party. With his place in the history books secure, Abe is expected to focus on several difficult goals in coming years, experts say: the constitutional revision, the release of Japanese kidnapped by North Korea and the resolution of a long-standing territorial dispute with Russia.

"But the chances of achieving his ambitious goals are very, very slim," Nishikawa told AFP.

Abe became Japan's youngest prime minister when he took office in 2006 at the age of 52, but he resigned after just a year, hit by scandals and debilitated by health issues.

In 2012, he returned to office on a pledge to revive Japan's economy with his growth blitz, known as "Abenomics".

He has pushed ahead with policy reforms intended to boost the country's flagging birth rate, including by increasing access to pre-schools for toddlers.

He has also prioritised forging a close personal relationship with US President Donald Trump in a bid to strengthen the key alliance with Washington that guarantees Japan's security.