The main gala of the Grammys takes place on February 12 in Los Angeles, with pop superstar Beyonce. 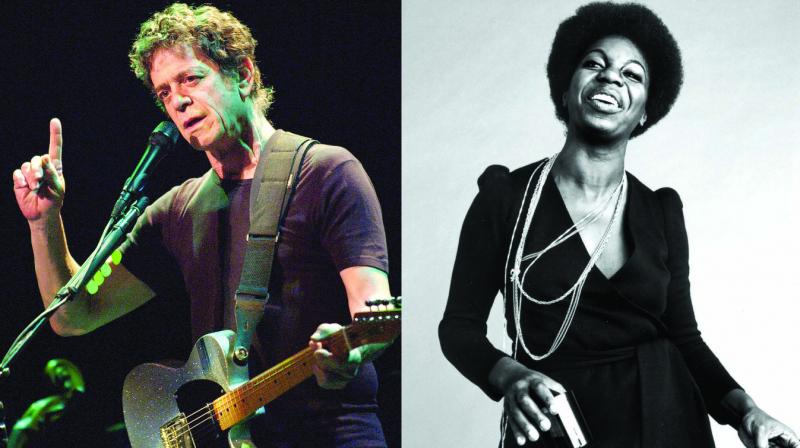 US singer Lou Reed of the band The Velvet Underground and singer Nina Simone.

The music industry body each year presents the special prizes for career-spanning influence, in addition to the regular Grammys which recognise the past year’s works. Simone — who never received a Grammy during her lifetime — was a young piano prodigy who, as an African American in the segregated US South, was discouraged from classical music.

She became one of the most celebrated singers of soul and a staunch civil rights activist, with classic tracks such as To Be Young, Gifted and Black. The Velvet Underground, led by John Cale and the late Lou Reed, revolutionized rock music by bringing an aesthetic from avant-garde art.

The other recipients are Charley Pride, the former baseball player who is the first African American to achieve success in white-dominated country music, and Jimmie Rodgers, who helped set the foundations of country before dying at age 35 in 1933. The main gala of the Grammys takes place on February 12 in Los Angeles, with pop superstar Beyonce leading in nominations.