The mood is celebratory as they congratulate the first-ever woman migrant staying in a camp for clearing the KAS exams. 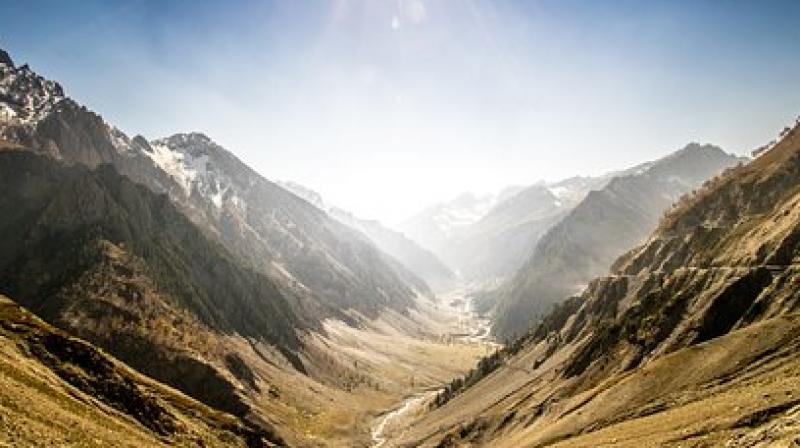 The girl's family was forced out of their home in terror-infested Kashmir's Shopian district during the peak of militancy in 1992. (Photo: Pixabay)

Hundreds of residents of the Jagti Camp gather in and around the two-room accommodation of a co-dweller -- 27-year-old Kashyap Neha Pandita.

The mood is celebratory and the gathering jubilant as they congratulate the first-ever woman migrant staying in a camp in the state for clearing the Kashmir Administrative Service (KAS) exams.

Neha is one of the toppers and has bagged the 4th rank. The results were declared on Tuesday.

"She is a fresh ray of hope for the community and the camp," says Arjun Nath, one of those present there. "She is an inspiration to the young generation students who take up civil services and serve the state and the country."

Neha's family was forced out of their home in Maenhall hamlet of terror-infested South Kashmir's Shopian district during the peak of militancy in the Valley in 1992.

"We had to leave everything in the Valley," Neha tells PTI, flanked by her father Roshal Lal Pandita and mother Bitta Ji. "I grew up in three migrant camps in Jammu."

She, along with her five other members of the family, first lived in a tent in the Jhiri Camp in the outskirts of Jammu, then in a one-room accommodation in Mishriwalla.

"From Mishriwalla, I started my studies as a class-1 student and completed my graduation. In 2011, we shifted to the 2-room accommodation in Jagti camp," she said.

The Jagti Camp houses over 4,500 families of displaced Pandits and is located in the Nagorta Assembly constituency in the outskirts of Jammu.

Neha says she did not have the luxury of coaching classes while preparing for the exams. "I used to study for 12-14 hours without any coaching. My parents supported me a lot."

She said her father is a relief-holder and made every effort to educate his children.

"I had sleepless nights as I prepared for the KAS exams. I toiled hard and finally I did it. It's like dream come true for me," she said.

She also gave credit to her uncle Rattan Lal Pandita and doctor-brother Dr Kashyap Viresh for encouraging her to take up the challenge.

Neha holds a masters in organic chemistry and a bachelors degree in education.

"I attended the Camp School, Mishriwala, then went to GGM Science College (Jammu) and later did my post-graduation from Uttarakhand," said Neha, the youngest of three siblings.

Her family comes from agriculturist background and solely depends on relief amount of few thousand rupees.

"Once, the relief money was the only source of income for the family. But the (lack of) financial resources did not stop her journey towards to the top post of Jammu and Kashmir civil services," one of the kin said.

Neha had opted zoology for the prelims. She had zoology and anthropology in the mains.

In 2016, she was also appointed as an accounts assistant in the Shopian district treasury under the Prime Minister's Special Employment Package for KPs. "But my focus remained the KAS. I made it."

She wants the youths, especially the migrant pandits, not to look just towards engineering and MBBS as career options, but attempt civil services too.