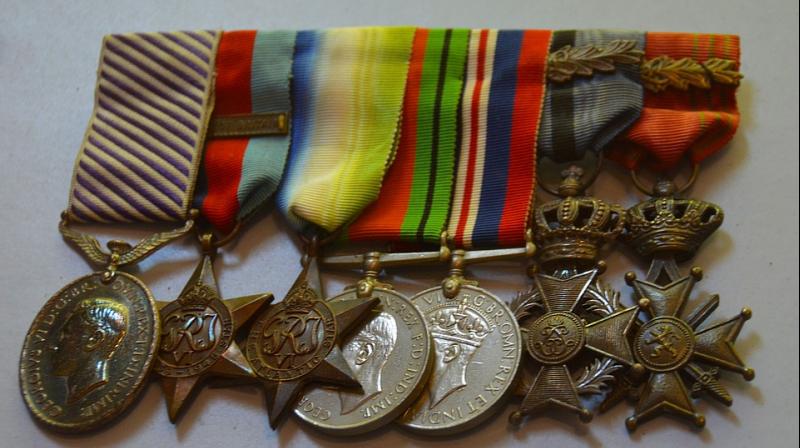 Goodman, who served in the 2003 Iraq conflict is selling all three of his service medals to help fund a four-year-old’s 200,000 cancer treatment. (Photo: Pixabay)

The bravery that army personnel show on the fields of war is well known. However, when the same selflessness that soldiers show during battle takes place miles away from the field or sea, we sit up and take notice.

Goodman, who served in the 2003 Iraq conflict is selling all three of his service medals to help fund a four-year-old’s 200,000 cancer treatment.

The pair has never met.

The 35-year-old said that he was moved to auction his medals that he had received for his service in Afghanistan and Northern Ireland along with his Iraq campaign medal after reading about the young Lottie Woods-John’s battle with neuroblastoma on the social media platform Instagram.

Despite living miles away from the sick child, Goodman, who is a father himself, has now listed the three medals on eBay, where they have already attracted 11 bids.

According to the doting father, he could not imagine seeing his baby daughter suffer, and so when he heard about Lottie, something clicked inside him and he says that his medals were just sitting in a drawer doing nothing. He wanted them to be used for something worthwhile.

Lottie’s parents, Charlotte Woods and David John discovered that their baby had cancer after she became ill at the end of a holiday in Cornwall. Doctors found a melon-sized tumour in her stomach and she was diagnosed with stage-four neuroblastoma, an aggressive childhood cancer.

While she is undergoing immunotherapy, such patients have a low survival rate, with treatment limited to clinical trials at home or abroad. Lottie’s parents are now desperately fundraising to pay for an innovative vaccine treatment available in a US clinical trial.

The vaccine, offered in seven injections over a year at the Memorial Sloan Kettering Cancer Centre in New York, aims for the relapse-free survival of children in remission after they complete ‘high-risk’ neuroblastoma immunotherapy.

It was only natural that Lottie’s mum becomes speechless when Goodman offered to help them in the way he is doing.