Prince Harry hopes he and Meghan Markle will have baby girl

According to insiders, the prince is 'happier than ever' after it was last week revealed the couple would become parents next year. 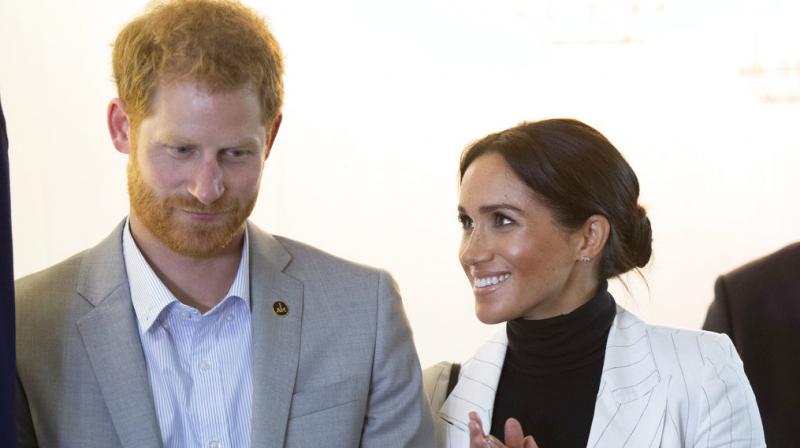 The couple first started to tell family members they were expecting at Princess Eugenie's wedding at St George's Chapel in Windsor. (Photo: AP)

Prince Harry has revealed that he is hoping to have a baby girl with Meghan Markle when she gives birth in the spring.

The 34-year-old royal couldn't help but share his excitement at becoming a dad when a well-wisher yelled "Congratulations, I hope it’s a girl!" during a cycle race in Sydney.

Laughing, the Duke of Sussex replied: "So do I!", The Mirror reported.

According to insiders, the prince is "happier than ever" after it was last week revealed the couple, who married in May, would become parents next year.

And Prince Harry has remained protective over wife Meghan Markle during the whirlwind tour - insisting the 37-year-old take a break from official duties and rest up on the sixth day of their tour.

The Duchess, who is 12 weeks pregnant, was told by Prince Harry to "cut back" and stay at home as he cheered on Invictus Games athletes in Sydney on Sunday morning.

A Kensington Palace spokesman added: "After a busy programme, The Duke and Duchess have decided to cut back The Duchess's schedule slightly for the next couple of days, ahead of the final week and a half of the tour."

The pair are on day six of the tour of Australia, New Zealand and Fiji - and last night's Invictus Games ceremony ran over its scheduled time due to thunder storms.

The baby will be seventh in line to the throne but will not have a royal title, unless the Queen intervenes.

The couple first started to tell family members they were expecting at Princess Eugenie's wedding at St George's Chapel in Windsor on Friday and it is understood Meghan has already undergone her 12-week scan.