Independent raters rated the extent of muzzle grayness based on photos of the dogs taken on-site. 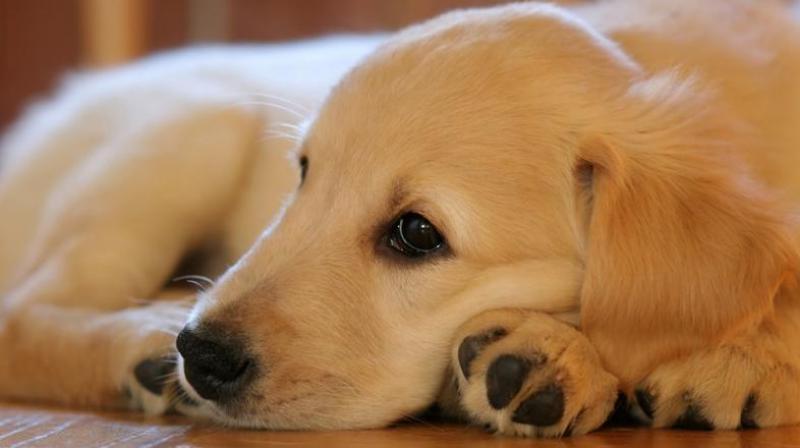 Increased muzzle greyness also was related to owner-reported symptoms of impulsivity in the dogs. (Representational Image)

Washington: Dog owners, take note! Stress may give your pooch a ‘salt-and-pepper’ look, say scientists who found that just like us, our canine friends too are susceptible to hair greying due to anxiety.

Researchers from Northern Illinois University (NIU) in the US visited dog parks, dog shows, veterinary clinics and other venues examining 400 dogs and administering dog behaviour questionnaires to their owners. Additionally, independent raters rated the extent of muzzle grayness based on photos of the dogs taken on-site.

Results showed that dogs between 1-4 years of age exhibiting higher owner-reported signs of anxiety showed a greater extent of premature muzzle greying than their less anxious dog peers. Increased muzzle greyness also was related to owner-reported symptoms of impulsivity in the dogs.

Additionally, female dogs showed higher levels of greyness than male dogs, but dog size, spay/neuter status and the presence of medical problems did not significantly predict the extent of muzzle greyness. “Based on my years of experience observing and working with dogs, I have long had a suspicion that dogs with higher levels of anxiety and impulsiveness also show increased muzzle greyness,” said Camille King, who was at NIU at the time of the study.

“At first, I was somewhat skeptical of the hypothesis. However, when we analysed the data, the results actually were quite striking,” said Thomas Smith professor at NIU. The study appears in Applied Animal Behaviour Science.