A native of Gabat village in Gujarat, Ramesh Shah was also awarded the ‘Pravasi Bharatiya Samman’ last month in Bangalore. 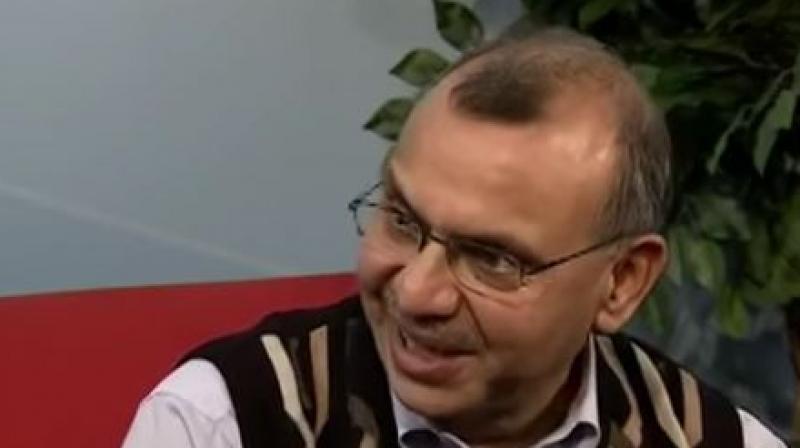 An Indian-American, Ramesh Shah, has been felicitated by the Indian Consulate in Houston for starting a mission that provides education to millions in tribal India. (Photo: YouTube screengrab)

Houston: An Indian-American has been felicitated by the Indian Consulate in Houston for his contribution towards the community and starting a mission that provides education to millions in tribal India.

A native of Gabat village in Gujarat, Ramesh Shah was also awarded the ‘Pravasi Bharatiya Samman’ last month in Bangalore for his over 40 years of contribution in spreading awareness about the country around the world and working for the welfare of the Indian community ever since he moved to the US in 1970.

He also established the Gujarati Samaj of Houston in 1978.

He worked to bring the community together, raised money and recruited volunteers for the event.

Shah has travelled across India, Europe and the US to create awareness about the remote parts of India, including the tribal belts.

With an aim to provide education in tribal areas in India, Shah founded the ‘Ekal Vidyalaya’ chain for those who have little access to education.

He is now the global coordinator of the school chain and travels worldwide to advocate the ‘Ekal mission’.

Consul General Anupam Ray in his address said that Shah has “personified the Indian ideal of service”.

The crowd gave a standing ovation to Shah and also applauded his wife Kokilaben for standing “shoulder to shoulder” with him in his journey.

Shah shared his honour with the Indian-American community and said they have supported him in all his endeavours.

He said that he is deeply influenced by Swami Vivekananda’s writings and asked for the people’s blessings to continue working till his last breath.

The Indian-American has been a community resource in times of emergencies, helping its members in immigration, accidents, and family crisis.

He has block-walked for political campaigns around the US and in India. In 2010, Shah drafted a petition to the Ministry of External Affairs of India and led a silent hunger strike to protest the unfairness of the renunciation certificate roll out.