The devotee feels when it comes to religion, humanity is greater than community. 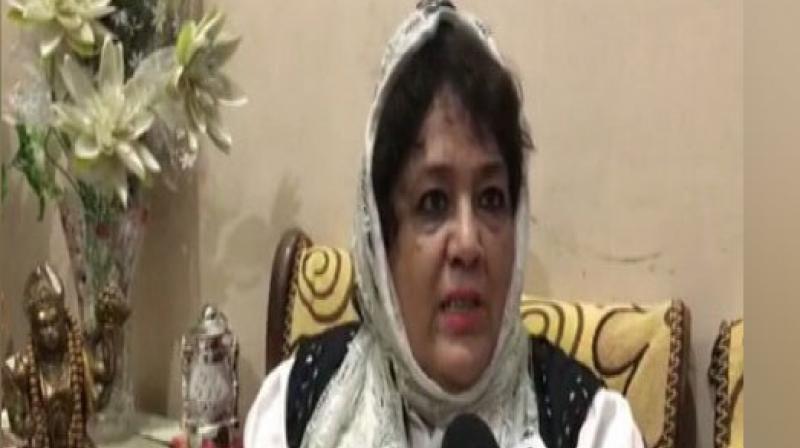 Shaheen has an idol of the Hindu god at her home which she worships daily. (Photo: ANI)

Meerut: Her hands joined in respect and kohl-rimmed eyes closed in devotion, this Muslim woman from Meerut regularly recites the Hanuman Chalisa as she is a devout disciple of the Hindu god.

The devotee, Shaheen Parvez, feels when it comes to religion, humanity is greater than community.

"I have been reciting Hanuman Chalisa since my college days," says Shaheen, her eyes lit up with joy.

"The school where I studied, they taught us about every religion - Islam, Sikhism, Hinduism. It used to feel good when we used to recite it during that time," she said.

Parvez, with her devotion, is blurring religious divides, that too at a time when negative elements are creating strife in the society over faith.

At a time when incidents of people being thrashed over religious slogans are coming to the fore, this woman resurrects one's faith in the idea of unity in diversity. "I am not scared of anyone," she asserts.

The 42-year-old says that despite being a woman she will not let someone who claims to be a custodian of religion dictate her choices.

"We live in a country where we should respect each other's religion. What's wrong in this if we learn about other religions too? Every religion teaches us to spread love. This is what we do," said Parvez who is also a member of Muslim Rashtriya Manch.

She has an idol of the Hindu god at her home which she worships daily. The metal sculpture is adorned with beads of Tusli and receives a fresh serving of flowers by Parvez who, with her head covered, also performs aarti apart from reciting the Chalisa.