Kalank: Madhuri Dixit’s mujra song to be choreographed by Remo and Saroj Khan 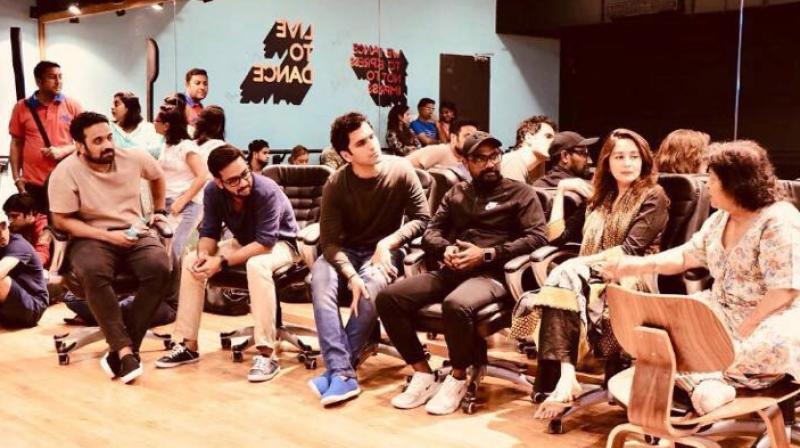 Actress Madhuri Dixit is all set to shoot a mujra song for Abhishek Varman's period drama Kalank. Choreographers Remo D'Souza and Saroj Khan come together for this song which will be shot early next month.

While Remo has choreographed all the songs in the film, he agreed to collaborate with Saroj without hesitation as she is his senior. This is the first time ever when two choreographers are jointly collaborating on a song.

Madhuri Dixit who has been choreographed by Saroj Khan for chartbusters like ‘Ek Do Teen’ (Tezaab), ‘Dhak Dhak’ (Beta) and ‘Choli Ke Peeche Kya Hai’ (Khalnayak) will be reuniting after 4 years.

It is an exciting time since their iconic song ‘Ek Do Teen’ was also recreated this year for ‘Baaghi 2’ and the reprised version of the song featured Jacqueline Fernandez.

While Madhuri began rehearsals with Saroj and Remo four days ago, the rest of the team has been prepping on a set in Andheri. Confirming the same Saroj Khan says, "Yes, we started work on the mujra four days ago. I’m doing the choreography with Remo looking into the technical aspects. The idea is to create another memorable number that will remind people of our previous songs. People have forgotten pure Indian songs, it’s important to revive them. The song will be shot over three days on September 5, 6 and 7.”