Two years coming out as gay, the royal is given away by his ex wife Penny. 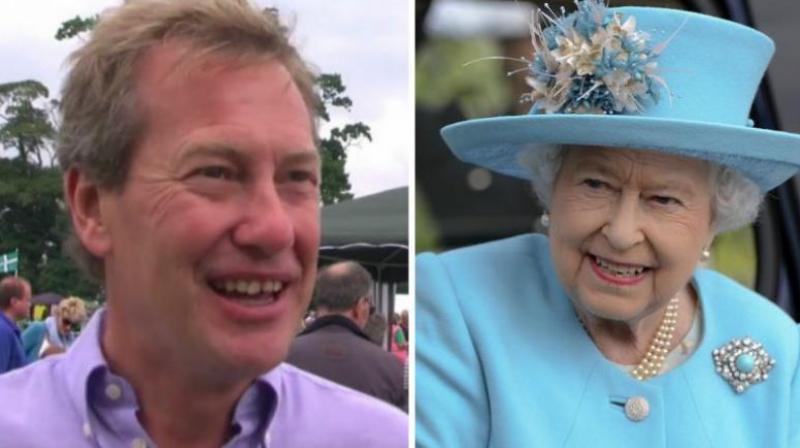 With Lord Mountbatten’s wedding, it becomes the first ever same-sex marriage in the extended Royal Family. (File Image)

Lord Ivar Mountbatten, a divorced father of three, finally got married to the love of his life James Coyle, exactly two years after coming out as gay.

Lord Mountabtten is the younger son of the 3rd Marquess of Milford Haven, and a cousin of the Queen.

Lord Ivar and his new love James Coyle exchanged rings and vows in front of 60 family and friends including his three proud daughters.

His ex-wife gave him away at the wedding.

With Lord Mountbatten’s wedding, it becomes the first ever same-sex marriage in the extended Royal Family.

A gospel choir serenaded them, and the toasts from their two best men saw guests raising flutes of Pol Roger, Churchill’s favourite champagne.

Lord Mountbatten has received the warmest of congratulations from his lifelong friend Prince Edward, to whose eldest child, Lady Louise, he is godfather.

The Earl and Countess of Wessex , who are also godparents to his two eldest daughters, were unable to be there.

The honeymoon to Greece or Croatia — the destination has still to be decided — has been postponed until later in the year.

It wasn’t, of course, all plain sailing. Ivar’s marriage to Penny finally ran out of steam in 2011 when they let it be known that they had drifted apart.

Then, two years ago, he caused a stir when he confessed to having struggled with his sexuality throughout most of that 17-year marriage. In fact, he had known from his teens that he was bisexual.

He finally admitted he was gay after finding contentment with Glasgow-born James, whom he met in 2014 in the upmarket Swiss alpine resort of Verbier, where Ivar and his family have always skied.

The outcome was happier than either man dared hope. Remarkably, the revelation did not destroy Ivar’s relationship with ex-wife Penny but strengthened it.

And when their girls Ella, 22, Alix, 20, and 16-year-old Luli suggested she give their father away, the unconventional idea took root.

The great-great-great grandson of Queen Victoria and great-nephew of Earl Mountbatten of Burma has finally found love.