Ravi Singh, 47, was deeply moved when he first heard about the tragic experiences of victims and decided to help them out. 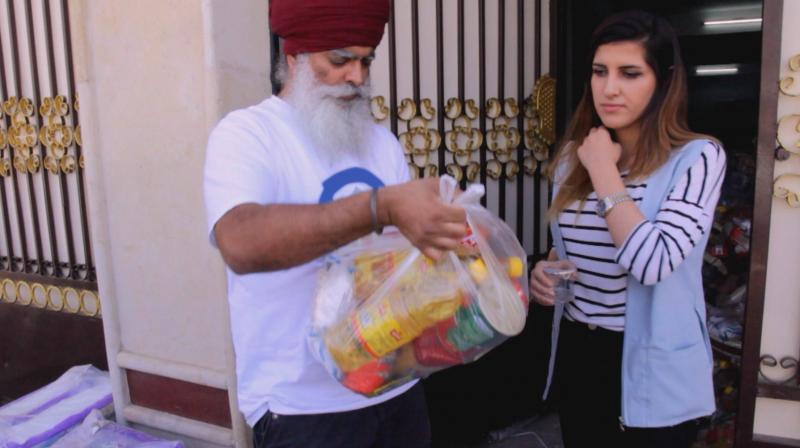 The BBC even went on to make a documentary about Ravi Singh which was titled ‘The Selfless Sikh’. (Credit: YouTube)

A British Sikh man is bringing a smile on the faces of hundreds of refugees in Iraq because of his selfless service. The Yazidi community has been facing intense persecution and thousands of its members have been displaced because of the chaos unleashed by ISIS.

Around 400 of these Yazidi families have taken refuge at Mount Sinjar where they now inhabit previously abandonded buildings and official camps. Ravi Singh, 47, was deeply moved when he first heard about the tragic experiences of the victims and decided to help them out.

Every month he arrives with packets of necessary supplies like tinned tomatoes, pasta, oil, sugar, tea, rice, and even a cleaning kit that contains bleach, soap and a packet of washing powder. The BBC even went on to make a documentary about the Samaritan which was titled ‘The Selfless Sikh’.

Click on the link below to view the video: