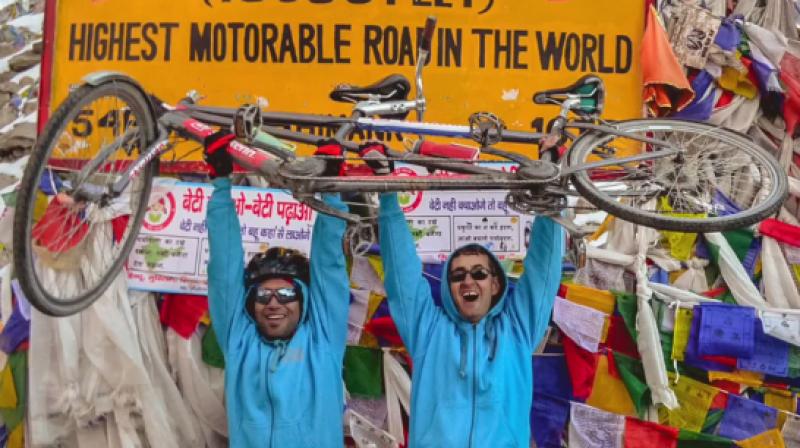 The tandem cycling expedition will start on July 29 this year and will have 10 pairs cycling all the way to the top as part of the expedition. (Photo: Youtube/AdventuresBeyondBarriers)

Some people do not give up hope even if they are met with the toughest of challenges in life and just go ahead and do the most unbelievable act. Cycling for long is quite difficult for any normal person but a visually impaired man has conquered even that and cycled to the highest motorable road in India. The cyclist is now taking it to the next level by going on a first-of-its kind expedition along the same route to the top with ten other people.

According to a media report, Divyanshu Ganatra who lost his eyesight 18 years back has taken up the task of organising the trip known as tandem cycling expedition to encourage visually impaired people to take up cycling and do it to challenge their boundaries. The route from Manali to Khardung La is over 500 kilometres and ten tandem pairs will be taking part in it.

Ganatra aims to break stereotypes with the expedition while his organisation Adventures Beyond Barriers Foundation (ABBF) takes up different competitions to encourage disabled people to take it up. The participants will be trained for the event before it commences on July 29 this year.