June and Stereophonics frontman Kelly Jones both reacted with surprise and delight to the praise from the rock master. 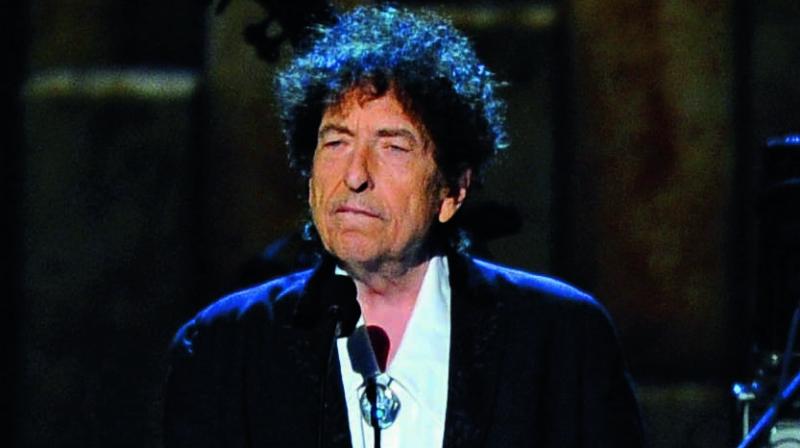 New York: Bob Dylan opened up about his music and song writing and discussed his relationships with Frank Sinatra, Elvis Presley and others in a rare and lengthy interview posted exclusively to his website on Wednesday.

In the Q&A with author Bill Flanagan, Dylan recalled Sinatra telling him, “You and me, pal, we got blue eyes, we’re from up there ... These other bums are from down here.” “I remember thinking that he might be right,” added Dylan, who last year was awarded the Nobel Prize in literature, but did not show up to accept the award.

When asked about why Presley didn’t show up for a recording session with Dylan and George Harrison, he replied: “He did show up — it was us that didn’t.”

Of the many superstars who died last year, including Muhammad Ali and Merle Haggard, Dylan said in the interview the deaths hit him hard.

“We were like brothers, we lived on the same street and they all left empty spaces where they used to stand. It’s lonesome without them,” he said.

Dylan, 75, said he was also a fan of Amy Winehouse, who died of alcohol poisoning in 2011 at age 27. “She was the last real individualist around,” he said.

June and Stereophonics frontman Kelly Jones both reacted with surprise and delight to the praise from the rock master. June tweeted: “Jaw on the floor moment! I’m honored that you are listening to my songs!!!”

Dylan separately spoke in glowing terms of fellow folk legend Joan Baez, his onetime mentor and girlfriend. They broke up in the 1960s, and decades later Dylan apologized for how he treated her.

“Her voice was like that of a siren from off some Greek island. Just the sound of it could put you into a spell. She was an enchantress,” he said.

“You’d have to get yourself strapped to the mast like Odysseus and plug up your ears so you wouldn’t hear her. She’d make you forget who you were,” he said, in reference to Homer’s epic. Dylan will release a new triple disc album of standards called Triplicate on March 31.