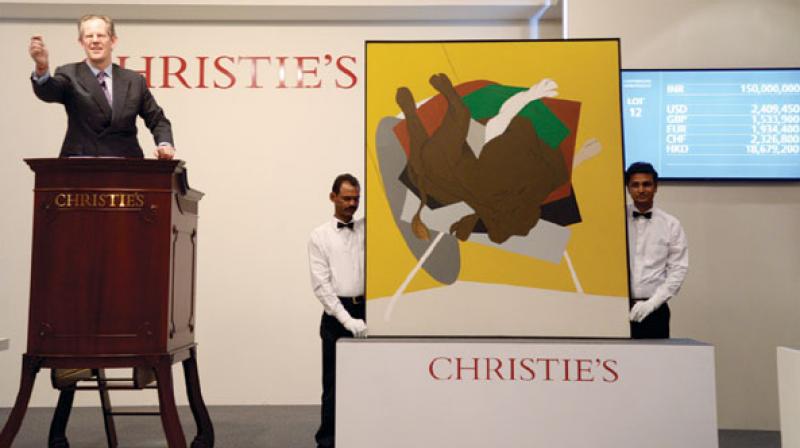 The auction conducted on August 22-23, sold 91 per cent of its average lot, with 62 out of its 68 lots being absorbed by the global art cognoscenti.

Mehta's painting that illustrates the artist's fragmented vision and justifies the command his works preside, was acquired by renowned entrepreneur Adar Poonawalla.

"The success of our 2017 'Modern and Contemporary Indian Art' would not have been possible without the support of our patrons.

"The Indian art marketplace is about to explode and Astaguru will continue to present the fecundity of Indian art on a global scale," Tushar Sethi, director of Astaguru said.

Pyne's 1980 work, 'The Door, The Windows', which is arguably the artist's most symbolic work, became part of an auction for the first time.

It was acquired for Rs 2.83 crore by an anonymous bidder, making it an overall auction world record for the late artist.

Jogen Chowdhury's largest work executed till date – a pentaptych work titled 'Story of Woman' spanning across five panels, and Raza's 1958 landscape 'Paysage Corse' that was significant of his transition period to expressionism, were also part of the auction, along with Krishen Khanna's 1978 work 'Doubting Thomas With Jesus'.