Notebook's first song 'Nai Lagda' to release on this date!

Nai Lagda is a love ballad which is set to prove a track that lingers in your mind with its melodious tune. 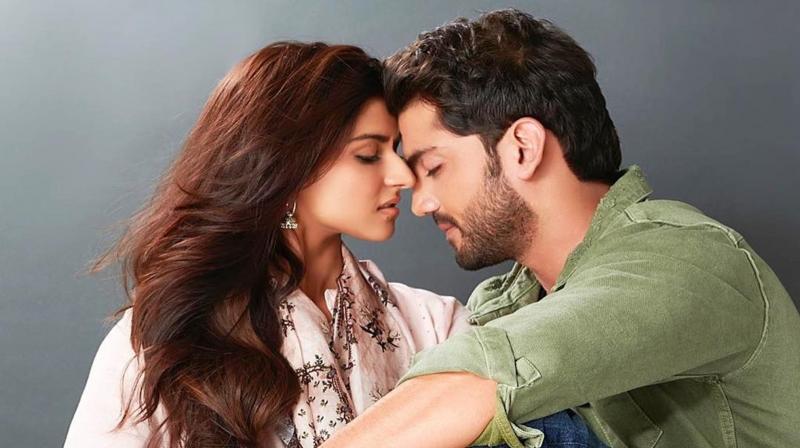 Mumbai: After gauging the interests of the audience with the trailer, the makers of Notebook are now set to unveil the first track from the film titled Nai Lagda. Marking the debut of Zaheer Iqbal and Pranutan, Notebook offers refreshing chemistry with the soulful track.

Nai Lagda is a love ballad which is set to prove a track that lingers in your mind with its melodious tune.

Taking the audience back in time to 2007's Kashmir, the trailer intrigued everyone with the unusual and unconventional love story posing the question- Can you fall in love with someone you never met?

The trailer received a heartwarming response from not just the audience and critics but also the film fraternity. Embracing the debutants with open arms, Bollywood offered a heartwarming welcome to the two actors who have embarked on their journey.

Earlier, the posters revealed a pivotal part of the film showcasing the two actors posing with six kids against the background on two pages of a notebook signifying the lead protagonists connected to each other yet apart.

The lead actress Pranutan is the daughter of actor Mohnish Bahl and granddaughter of yesteryear actress Nutan whereas Zaheer Iqbal comes from a non-filmy background who has been managing a construction business. Apart from working hard for the film, he has also assisted for several films earlier.

Helmed by Nitin Kakkar and produced by Salma Khan, Murad Khetani and Ashwin Varde 'Notebook' is all set to hit the screens on 29 March 2019.