Will work with Shah Rukh but haven't pitch him a script, says Sriram Raghavan

There were reports that post "Zero", Shah Rukh was considering doing a film with the "Andhadhun" director. 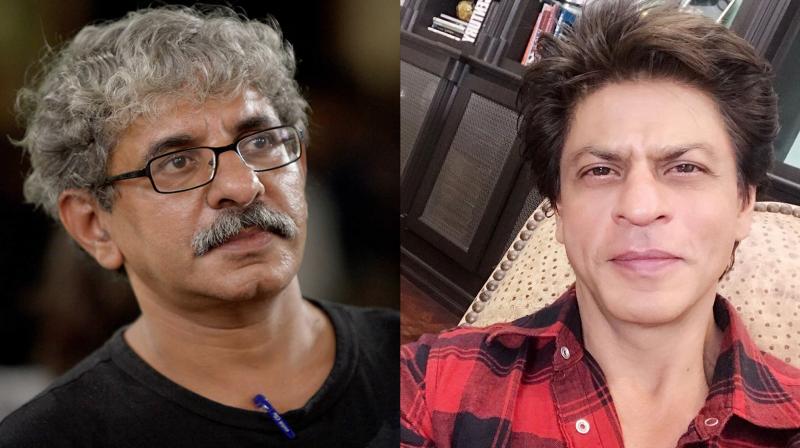 Mumbai: Filmmaker Sriram Raghavan has quashed reports that he has narrated a script to Shah Rukh Khan but says he told the superstar he will definitely work with him when he has the right subject.

There were reports that post "Zero", Shah Rukh was considering doing a film with the "Andhadhun" director.

"I have not pitched a script. I just met him (SRK). He had liked 'Andhadhun' and invited me over. We had a chat. I told him if I have something I'll definitely come to him.

"I've got his number now and I can always approach him. I would love to see him in my world of cinema but I need to get the right script," Raghavan told PTI.

The director is currently gearing up to helm a biopic on the life of Arun Khetarpal, second lieutenant of the Indian army and a posthumous recipient of the Param Vir Chakra.

Tentatively titled "Arun", the biopic will be produced under Dinesh Vijan's Maddock Films. Arun attained martyrdom at 21 during the Indo-Pakistan war of 1971.

With Ritesh Shah attached as a writer, Raghavan said the project is currently in the scripting stage.

"We will finish it soon. The casting is left, but I prefer to start it once my script is done. The work is going on, and we aim to go on floors in the later part of the year."

Raghavan's "Andhadhun" was touted as the film of the year. The thriller, featuring Ayushmann Khurrana, Tabu, Radhika Apte, chronicled the story of a blind pianist who witnesses a murder.