Tijn’s family learned only last week that a course of chemotherapy had failed to reduce the size of his cancer. 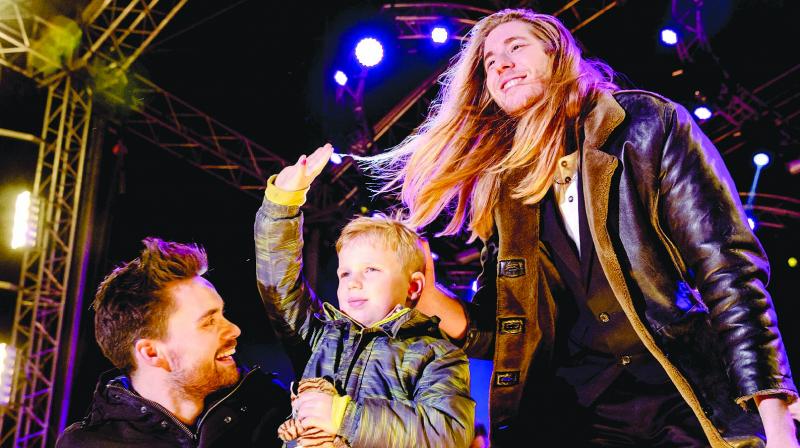 The Hague: A terminally ill six-year-old Dutch boy, who hoped to raise a few hundred euros by daring people to paint their nails, has raised more than 2.5 million euros.

Tijn Kolsteren, who was diagnosed with brain cancer in May, launched the appeal only three days ago, but it fired the imagination of the public. The charity drive ended on Saturday and raised over $ 2.6 million.

“With his nail-painting dare he wanted to help children suffering from pneumonia,” the Dutch public newscaster NOS reported. “It was an enormous success — from DJ Armin van Buuren to Prime Minister Mark Rutte and many other famous celebrities had their nails painted,” it said. “Paint your nails, make a donation and then challenge three of your friends to do the same,” dared the donation page, which invited participants to share their pictures on social media using the hashtag #lakaan (meaning “the polish is on”).

The appeal is part of a traditional event in The Netherlands where radio DJs lock themselves away for several days without food or drink to raise money. This year, proceeds are going to the Red Cross. Rutte joined the DJs late on Saturday and opted for a deep blue for his own nails. Tijn’s family learned only last week that a course of chemotherapy had failed to reduce the size of his cancer.

“Despite this bad news, we wanted to do something for children who won’t maybe even make it to six,” his father Gerrit told the NOS. “We came up with the idea together: Tijn had already painted his nails with a friend and liked it. I wanted to do something similar to the Ice Bucket challenge and men painting their nails is a bit taboo,” he added, referring to the internet craze that raised millions.