'Notebook' producers share their thoughts about Zaheer and Pranutan starrer

The film is touted to be a young, refreshing and rather unique love story set in Kashmir, and its music has already made it to the charts. 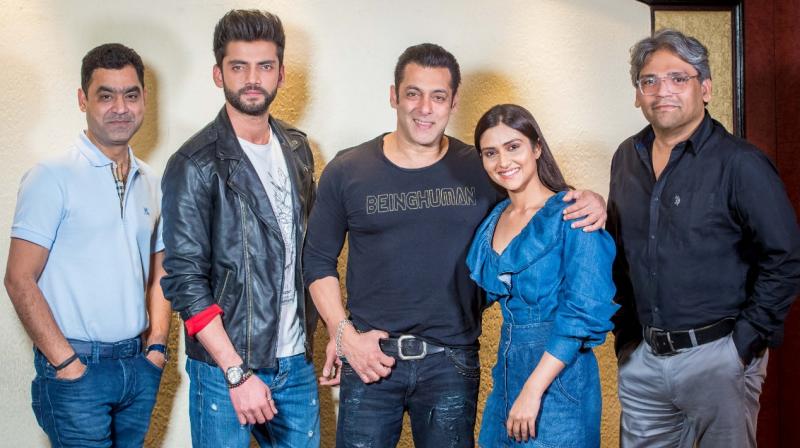 The film is touted to be a young, refreshing and rather unique love story set in Kashmir, and its music has already made it to the charts. Ahead of the movie’s release this Friday, producers Murad Khetani and Ashwin Varde shared their thoughts on the journey of Notebook.

Murad Khetani said, “This film is a trendy yet different love story. The basic premise attracted us to the film — can you fall in love with someone you’ve never met? The thought is very novel, but what was more exciting is the manner in which the story progresses.”

Ashwin Varde added, “We have always seen the usual boy-meets-girl kind of conventional love stories. But what happens when the boy never meets the girl? Can love still happen? Notebook tells you that it can. And it shows you how in the most beautiful manner. That’s the USP of the film.”

Making the film with Salman Khan is an experience both the producers will cherish. Murad noted, “Apart from being one of the biggest superstars in the country and a huge brand, Salman has got a deep understanding of scripts. He has been very co-operative as a producer and open to new ideas.”

Ashwin agreed, “The music of the film is doing well and his contribution has been immense. He has a very keen ear for music and that really helps.

The producers are also all praise for Zaheer and Pranutan. Opening up on Zaheer’s debut, Ashwin said, “Zaheer was the first person to be cast because Salman Bhai was going to launch him. After that, Murad Bhai and I met him and decided that we would make a film with him. We had been looking for the right script for him. He always had the potential, the talent and the persona that’s needed for the big screen.”

Pranutan was chosen after the makers auditioned over 100 new faces. Murad recalled, “Firdaus (Pranutan’s character) has several layers. We were just not getting anyone right for it. Then one day, we saw Pranutan’s pictures. We showed them to Salman Bhai. He called up Mohnish Bahl (Pranutan’s father) and she was called to audition. She was so good that we didn’t need to look any further.”