Newsmakers   27 May 2017  Bend it like Beckham in charity
Newsmakers

Ex-soccer star offers a chance to play a match with him for 350,000 euros. 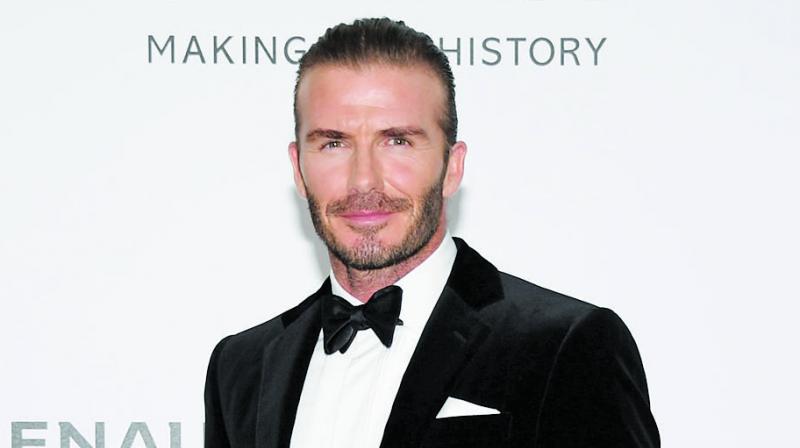 That’s what you get at the amfAR dinner, the biggest, starriest party at the Cannes Film Festival, where top celebrities help persuade the super-rich to part with their cash in a charity auction for AIDS research.

Will Smith, Jessica Chastain and Uma Thurman encouraged the well-heeled crowd on Thursday night to bid on a collection of photographs by George Hurrell, whose portraits of Hollywood stars of the 1930s and 40s defined an entire era of movie glamour.

Diana Ross headlined the entertainment, which also featured a younger generation of pop stars including Nikki Minaj, Rita Ora and DNCE, the US Band famous, appropriately enough, for the song Cake by the Ocean.

The most expensive lot at the auction, for the American Foundation for Aids Research, was a collection of glamorous dresses that went for 3 million euros.

Meanwhile, DiCaprio, Smith, Dustin Hoffman, and Nicole Kidman raised more than $20 million (18 million euros) at the AIDS benefit that is the social highlight of the Cannes film festival, organisers said on Friday.